The Cadogan Sentinel is Back 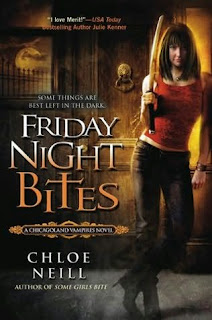 [Vampires in Chicago] You’d think headlines like that would have provoked the fine citizens of the Windy City to take up arms against us bloodsucking fiends. Instead, ten months later, we’re enjoying a celebrity status reserved for the Hollywood elite-- fending off the paparazzi, who are only slightly less dangerous than cross- and stake-wielding slayers. Don’t get me wrong. Joe Public isn’t exactly thrilled to be living side by side with the undead, but at least they haven’t stormed the castle… yet.

All that will change once they learn about the Raves, mass feeding parties where vampires round up humans like cattle and drink themselves silly. Most civilized vampires frown on this behavior-- but that doesn’t make a good copy for a first-time reporter looking to impress his high-society family.

So now my “master”-- centuries-old yet gorgeously well-preserved Ethan Sullivan-- wants me to reconnect with my own upper-class family and act as liaison between humans and vampires… and to keep the more unsavory aspects of our existence out of the media. But someone doesn’t want people and vamps to play nicey-nice-- someone with an ancient grudge. 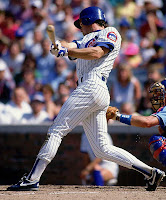 1871 (which wasn’t caused by Mrs. O’Leary’s cow by the way) but in Chloe Neill’s Chicagoland Vampire series, vampires have recently come out of the coffin (so to speak, not literally!) and into the public eye. Friday Night Bites is the second story in this series featuring the newly initiated vamp named Merit who didn’t take too kindly to being turned in the first place though she is starting to enjoy a few of the benefits of being a vampire (she’s able to eat whatever she wants "with zero hip-related consequences")…

“Call me Ethan, please, Mr. Merit,” Ethan said. They shook, the guy who made me, and the vampire who made me something else. That seemed fundamentally wrong. 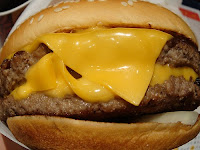 Where Some Girls Bite was mainly about Merit learning to deal with becoming a vampire, Friday Night Bites is about her personal relationships: family, friends, and even romantic ones. She starts to take on her role as Cadagon House’s Sentinel a bit more: “I blew out a breath, then adjusted my grip on the katana and released the thumb guard. Three months ago, I’d been a grad student standing before a classroom of undergraduates. And today . . . Today I stood Sentinel for a House of three hundred and twenty vampires. An old House. A

Ms. Neill has created a wonderful world full of all kinds of neat creatures (shifters, vamps, sorcerers, etc.) set in the great city of Chicago with characters that seem so real it’s hard to believe that they aren’t! For example, the unresolved sexual tension is thick enough to cut with a katana in this book. There’s a lot of Ethan Sullivan lovers in the fans of this series, and while I liked him a bit better in Friday Night Bites than the previous one, I have to say I prefer Morgan. Ethan’s character is very reminiscent of Charlaine Harris’ character Eric Northman. The arrogance, the position of leadership, etc. Not that that is a bad thing since Eric 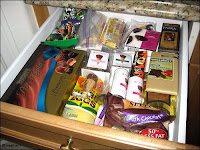 is one of my favorite fictional vampires of all time but for some reason “Darth Sullivan” doesn’t affect me the same way. Morgan has his faults too but he seems a bit more “human” even if I have a feeling he’ll never be Merit’s long haul guy.

At the end of this book, there are a few unanswered questions, some new characters, and quite a few plot threads that I can’t wait to see where they’re going. Will Mallory and Merit make up? What does the Mayor want with Merit? Will Morgan and Merit have a shot one day? What did Gabriel mean by “family”? Will we finally get to know what makes the shifters tick? Who sent that note? I’m really looking forward to finding out all of these questions in the third book Twice Bitten and hopefully many more books after that.

To make a long story slightly shorter, American vampires were divided into Houses. Chicago had three, and I’d been initiated into the second oldest of those—Cadogan. Much to everyone’s surprise given my background (think grad school and medieval romantic literature), I’d been named Sentinel. Although I was still learning the ropes, being Sentinel meant I was supposed to act as a kind of vampire guard. (Turns out that while I was a pretty geeky human, I was a pretty strong vampire.) Being Sentinel also meant training, and while American vampires had traded in the black velvet and lace for Armani and iPhones, they were pretty old school on a lot of issues—feudal on a lot of issues—including weapons. Put all that together, and it meant I was learning to wield the antique katana I’d been given to defend Cadogan and its vampires.

First Paragraph: “Higher Merit. Bring up that kick. Mmm-hmm. Better.” I kicked again this time higher, trying to remember to point my toes, squeeze my core, and flutter my fingers in the “jazz hands” our instructor ceaselessly demanded.

Picture Explanations
Cubs: “Although my new sunlight allergy kept me from enjoying sunny days at Wrigley Field, even vampirism wouldn’t diminish my love for the Cubs.”
Burger: Ethan has his first in this book!
Reporters: The vampires are still “new” in the eyes of the public and are extremely popular new fodder.
Chocolate Drawer: Merit’s guilty pleasure
Posted by Ladytink_534 at 9:50 PM