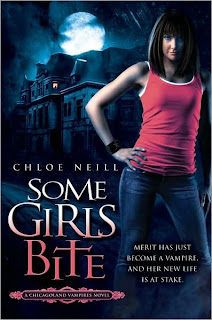 Sure, the life of a graduate student wasn’t exactly glamorous, but it was mine. I was doing fine until Chicago’s vampires announced their existence to the world- and then a rogue vampire attacked me. But he got only a sip before he was scared away by another bloodsucker… and this one decided the best way to save my life was to make me the walking undead.

Turns out my savior was the master vampire of Cadogan House. Now I’ve traded my sweating over my dissertation to learning to fit in at a Kenwood mansion full of vamps loyal to Ethan “Lord o’ the Manor” Sullivan. Of course, as a tall, green-eyed, four-hundred-year-old vampire, he has centuries’ worth of charm, but unfortunately he expects my gratitude- and servitude. Right…

But my burgeoning powers (all of a sudden, I’m surprisingly handy with some serious weaponry), an inconvenient sunlight allergy, and Ethan’s attitude are the least of my concerns. Someone’s still out to get me. Is it the rogue vampire who bit me? A vamp from a rival House? An angry mob bearing torches?

My initiation into Chicago’s nightlife may be the first skirmish in a war… and there will be blood.

has recently become aware of the vampires living amongst them in her first book of her Chicagoland Vampires series Some Girls Bite. "This is the first supernatural outing in modern history, and it happened in the post-Harry Potter era. In the post-Lord of the Rings era. Humans are a little more comfortable thinking about supernatural beings, supernatural happenings, than they were in the days when witches and vampires burned."

vampire from Cadagon House. Merit was turned to save her life and incidentally plopped down in the midst of vampires, shifters, sorcerers, and even nymphs (how else do you think they get the river green on Saint Patrick's Day?). She’s a normal TA at the University of Chicago when all of sudden things change, she changes: “They killed me. They healed me. They changed me. The tiny seed, that kernal of distrust of the ones who’d made me, rooted.”

Some reviewers have remarked that the found Merit whiny (which I totally disagree) Chloe Neill said, “[Merit] had a very specific plan for her life, and being a vampire wasn’t part of that plan. In the matter of a few days, the entire life she’s known–from grad school to sunlight–is taken away from her. While it’s fun to think “Oh, I’d 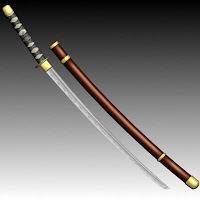 love to be a vampire,” it’s still quite an adjustment to face. She’s slowly getting there–coming to terms with whom and what she is–but it’s definitely a transition, and I think that’s an honest reflection of how most of us would react.”

Some Girls Bite is full of great characters from Merit and Mallory (my only criticism for this book is that there are too many “M” names) to Ethan and Morgan, every person has a distinct “voice.” Merit is one of the best female “kickass” characters I’ve ever met through a series though. I also thought the author did an incredible job at making the reader feel welcome in both the supernatural and contemporary world of the Windy City (there are quite a few Buffy references in Some Girls Bite but it doesn‘t detract from the story, more like it‘s saying that this is essentially our world, maybe a few years in the future).

“What did you just do?”
Mallory and I followed Ethan back through the first floor of Cadogan House.
“I don’t know,” I whispered back. “Vampire Merit’s a lot braver than People Merit.”
“Yeah, well, you better figure out a way to reconcile the genetics, ‘cause Vampire Merit just landed you in some serious shit.”

First Paragraph: At first, I wondered if it was karmic punishment. I’d sneered at the fancy vampires, and as some kind of cosmic retribution, I’d been made one. Vampire. Predator. Initiate into one of the oldest of the twelve vampire Houses in the United States.

Picture Explanations
Chicago, Illinois: The series takes place in Chicago and the vampires in the Houses there are the first ones who’ve come out of the coffin, so to speak.
Coconut Cake: Merit celebrates her 28th birthday in the book though since she’s been changed, she’ll always look 27.
Katana: "I stroked my thumb over the handle of the katana, prayed for calm. Two weeks into vampiredom and I was being asked to defend the House against a band of marauding unHoused vampires. Lucky me."
Posted by Ladytink_534 at 8:16 PM