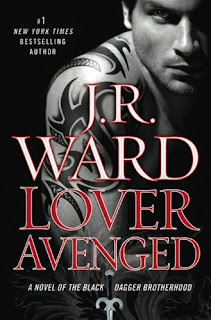 Rehvenge is used to living in the shadows and dealing with the roughest nightwalkers around-- including the Black Dagger Brotherhood. His fearless reputation is why he’s approached to kill the race’s king, and his bad side is dying to rise to the occasion. As his secret identity as a sympathy is threatened, he turns to the only light in his ever darkening world-- a female vampire untouched by the corruption and the only thing standing between him and eternal destruction.

WARNING: There are slight spoilers below but they are only for previous novels in the Black Dagger Brotherhood series. NOT Lover Avenged.

Drug lord, pimp, and owner of the club ZeroSum Rehvenge has been a 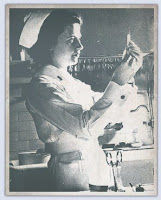 constant minor character throughout J.R. Ward’s Black Dagger Brotherhood series since his first appearance in Bella (his sister) and Zsadist’s book Lover Awakened. With the seventh book Lover Avenged, he’s finally getting his own story. Rehv has been a mysterious character all along with his seedy dealings but all along he’s been presented as neither good nor bad: “He was a cobra, this male; he truly was…mesmerizing because he was deadly and because he was beautiful. With that mohawk and his hard, smart face and his big body, he was sex and power and unpredictability all wrapped up in…well, a black pin-striped suit that clearly had been made for him.”

y. Rehvenge is the story I’ve been waiting for since J.R. Ward first wrote him into the series. Like all the Brother’s he has a “handicap” (Wrath=blind, Rhage= cursed, Zsadist=physically, sexually, & mentally abused, Butch= lots of emotional baggage, Vishous= his hand is a lethal weapon, and Phury= (now recovering) addict in addition to other things) because he is part sympath which is “subspecies within the vampire race characterized by the ability and desire to manipulate emotion in others” and for this they are also known as sin-eaters. They are also sociopaths, which is why Rehvenge keeps his “evil side” under wraps by using dopamine.

“The numbness was a side effect of the drug he used to keep his bad side from coming out in mixed company, the prison in which he jailed his sociopathic impulses. All he needed to get back to basics was one missed dose, though. An hour later? The evil in him was alive and kicking and ready to play.”

Ehlena is a caregiver both professionally and personally (her dad is 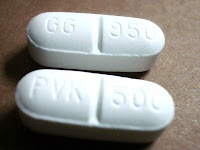 a schizophrenic, proving that these vampires can have human illnesses even without aging quite like we do) and some TLC (as the author said, “even pimps need love” even though that‘s not quite how I would explain him) is just what the doctor ordered for Rehvenge. Ehlena was a great mate for Rehvenge as she has a backbone and as Xhex says, is “no little nursey,” yet she’s still somewhat passive (or maybe Rehvenge just overwhelms her character) up until the end. I didn’t dislike her but at the same time, she isn’t in the running to be my favorite shellan of the series either.

In each book there are tons of little side plots from the main two character’s romance, which is what makes this series so unique but once a Brother has had his book written, he’s rarely a first 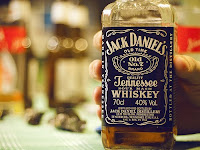 person narrator. Since the first book Dark Lover, Wrath; the Blind King, really hasn't featured that prominently in the series. Especially since he no longer fought with the Brotherhood, well... until now apparently because "he didn't care what the law said. His race needed him to be more than a bureaucrat." I was pleasantly surprised to find that he was such an integral part of Lover Avenged.

The world of the Black Dagger Brotherhood has been changing, shifting, and evolving ever since the sixth book Lover Enshrined with Phury abolishing the antiquated practices of the Chosen and things continue to change throughout Lover Avenged. Almost all of the changes are big and will affect all of the future books in this series and I’m looking forward to finding out how.

First Paragraph: “The king must die.”
Four single-syllable words. One by one they were nothing special. Put together? They called up all kinds of bad shit: Murder. Betrayal. Treason.

Picture Explanations
Nurse: Ehlena met Rehvenge because she was a nurse at Havers’ (Marrissa from Lover Revealed’s brother) clinic.
Money: With Lash now in charge of the Lessening society, he’s turned to stealing/ selling drugs for money to live in the style he was accustomed to before.
Penicillin: Rehvenge has a really bad infection on his arm from using unsterlized needles for his dopamine and Ehlena is the only one who knows about it. She brings him these.
Jack Daniels: John Matthew goes through some tough things and changes a bit in Lover Avenged. He’s the main character is the next book Lover Mine though.
Posted by Ladytink_534 at 6:49 PM