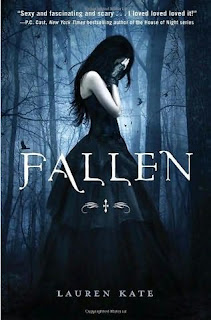 
Mysterious and aloof, he captures Luce Price's attention from the moment she sees him on her first day at Sword & Cross boarding school in Savannah. He's the one bright spot in a place where cell phones are forbidden, the other students are screwups, and security cameras watch every move.


Except Daniel wants nothing to do with Luce-- he goes out of his way to make that very clear. But she can't let it go. Drawn to him like a moth to a flame, Luce has to find out what Daniel is so desperate to keep secret... even if it kills her.


Dangerously exciting and darkly romantic, Fallen is a page-turning thriller and the ultimate love story.

Angels and their fallen brethren have been the subject of many stories- some biblical and some not- since the written word. Some of the legends that get passed on through the Bible have actually inspired authors to write their own stories such as Lauren Kate. Though she knew very little about angel mythology going into the story, the author first got the idea for Fallen when she was a grad student auditing a class that was about "reading the Bible as a narrative text" which is when she came across a passage in the Book of Genesis about "a group of angels who were kicked out of heaven because they lusted after mortal women." As a writer of love stories, Ms. Kate said that she "started thinking about what it would be like to be normal girl—suddenly the object of an angel’s affection. What kinds of thrills and challenges would spring from such an unusual match? And what would her very over-protective parents think? When my mind started spinning around this mortal girl’s character, I had the feeling her love story had the power to be bigger, weightier, and with a lot more at stake than any romance—or really any thing—I’d ever written before." Fallen is the first of what will be a four book series.

Well, I will say this, my first foray into this fallen angel genre that’s cropping up in YA lately was certainly fruitful even though it irritated me to no end that I was left with the feeling of “what’s going on?!” which prevailed through most of the book. Even though the story is written in third person, it’s mainly told through the main character Luce’s perspective and she didn’t seem to have a clue either. I did get the fact that it’s main theme is kind of reincarnation early on and I understood from buzz I had heard that it was about angels some how, but to be honest, I wanted to read this book because of the beautiful cover (I love Fernanda Brussi). The fact that it’s set in Savannah, Georgia which is one of my favorite places in the whole world was just more incentive so I was very disappointed that Ms. Kate didn’t take advantage of her setting (hopefully she will in future books?). I’ve never traveled to the part of Savannah described in the book and I still don’t understand what the hell was going on with this story. That’s not to say I didn’t like it because I actually loved it (even with the slight Twilight undertones I detected, which Fallen is being compared to by several reviewers). I was just incredibly confused… 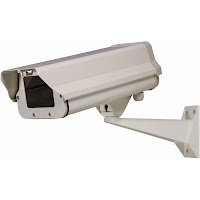 The characters in Fallen are what had me hooked more than anything however, the I felt like the story moves around Luce as she doesn’t seem wholly a part of it. I remember more about her hair than her actually. Maybe it’s a case of all the other characters being so vivid she just pales in comparison? I really liked Arriane and Penn. Both very different characters but each has their own brand of spunkiness. They are what lightens the heavy atmosphere of some of the book. I'll be the first to admit that I like a bad boy and brooding passive aggressiveness doesn't really appeal to me so Daniel and I didn't get along at first. I really wanted to like him but even with their supposed bond I would have thought Cam would be the guy for Luce until a bit later in the book. I actually preferred him over Daniel until about the last maybe 50 pages of the book... or at least the bar scene anyway. So, does he want her dead or what? I am SO confused. Another thing, I thought Cam liked Luce? 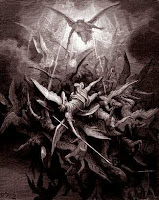 Surprisingly, Luce's story doesn't really hinge on any religion in particular nor does Fallen have a religious tone at all. When it boils down to it, everything is about the battle between good and evil with a forbidden love story woven throughout the rest of it. Disney has already optioned the film rights shortly before the book actually came out which is probably what helped get this so heavily marketed the way it was (there was even shirtless guys walking around in New York in winter with only wings on). That and it was awarded as the Book of the Year by the Random House sales team.

"What was only glimpsed in Fallen about Daniel and Luce’s long history of love will be vastly expanded on in [the sequel] Torment, and even more so in Passion (the prequel [the author is] about to start working on). Very soon, readers will be able to see what makes their love so pure and so special, how and it’s grown and changed over time, and why it’s so essential that their love endure." I badly want to know what happens in the next book but I had a problem with this book because I had much more questions than answers in the end so it may take me awhile to get around to getting Torment.

"Some things are more important than love. You won't understand but you have to trust me."


No one knew the murky shapes she sometimes saw in the darkness. They'd always come to her. They'd come and gone for so long that Luce couldn't even remember the first time she'd seen them. But she could remember the first time she realized that she shadows didn't come for everyone-- or actually anyone but her. When she was seven, her family had been on vacation in Hilton Head and her parents had taken her on a boat trip. It was just about sunset when the shadows started rolling in over the water, and she'd turned to her father and said, "What do you do when they come, Dad? Why aren't you afraid of the monsters?"
There were no monsters, her parents assured her, but Luce's repeated insistence on the presence of something wobbly and dark had gotten her several appointments with the family eye doctor, and then glasses, and then appointments with the ear doctor after she made the mistake of describing the hoarse whooshing noise that the shadows sometimes made-- and then therapy, and then more therapy, and finally the prescription for anti-psychotic medication.
But nothing ever made them go away.


"That said, I don't know what you were expecting in terms of mushy-gushy friendship here at Sword & Cross. But let me be the first to tell you, it ain't that easy. People are here because they've got baggage. I'm talking curbside-check-in, pay-the-fine-'cause-it's-over-fifty-pounds kind of baggage. Get it?


And Luce brought up the rear, considering what might happen if she were to give her parents her own personal tour of the cemetery.
Here's where I served my first detention...
And here's where a falling marble angel nearly decapitated me...
And here's where a reform school boy you'd never approve of took me on the strangest picnic of my life.


No. This was precisely the circular argument she did not want to engage in. Luce didn't want to play any games. She just wanted to be with him. Only, she had no idea why. Or how to go about it. Or really, what being with him would mean. All she knew was that, despite everything, he was the one she thought about. The one she cared about.


She didn't understand what was happening. At all. And she didn't like it at all that everyone else did.

First Paragraph: Around midnight, her eyes at last took shape. The look in them was feline, half determined and half tentative-- all trouble. Yes, they were just right, those eyes. Rising up to her fine, elegant brow, inches from the dark cascade of her hair.


The Fallen Are Among Us (promotional work):


Picture Explanations
Prison: The Sword & Cross Academy looks like a prison, complete with barbed wire
Angel Statue: Daniel saves Luce from a falling angel statue in the graveyard.
Surveillance Camera: The students are constantly on camera, or the "reds" as they're called... well unless they've rigged them to not record.
Fighting Angels: Angels fighting their fallen comrades.
Posted by Ladytink_534 at 5:44 PM