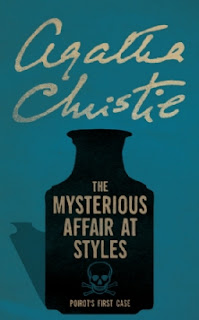 Styles Court, a sprawling English estate, should have been inherited by John Cavendish. But instead it is left to his stepmother Emily Cavendish who loses no time in marrying a young fortune hunter… and soon meets her death.


Dapper, brilliant Monsieur Hercule Poirot is fascinated by the mysterious affair and steps out of retirement to unravel the threads of intrigue and snare a most ingenious murderer. And thus is launched the most legendary career in mystery fiction. 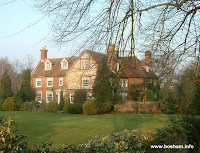 A manor house out in the middle of the country in an Agatha Christie novel… must be murder afoot! Matter of fact, The Mysterious Affair at Styles was Christie’s very first detective novel as well as the first of many books to feature her "dandyfied little man" Hercule Poirot who is a retired Belgian detective whom "a speck of dust would have caused him more pain than a bullet wound." An eccentric little man with a slightly Sherlock Holmes way of investigating, Poirot was Agatha Christie’s most famous detective. “Perhaps the most salient example of Agatha Christie’s ability to both synthesize elements from the existing tradition of detective fiction and forge something new and original is her creation of Hercule Poirot, the second most famous fictional detective, after Sherlock Holmes. Poirot appears in Christie’s first novel and goes on to star in almost everyone of her most celebrated and admired novels. Christie’s achievement as a detective novelist is closely intertwined with this one character.” 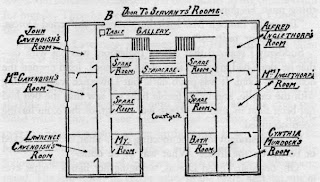 There are several suspects in this story such as Alfred Inglethorp, the recent husband of the deceased who is much younger than she whom nobody likes, John Cavendish, who is the eldest of the two brothers that are the deceased stepsons. He’s a retired lawyer who along with his wife Mary are living at Styles with his stepmother because she holds the purse strings and he is low on funds. Mary herself is estranged from her husband and spends most of her time in the company of a Dr. Baurenstein who is a bit of an expert on poison. The younger brother Lawrence who studied to be a doctor but gave up medicine to pursue a literary career. He’s also low on funds as well. There’s also Evelyn Howard (or ‘Evie’), Mrs. Inglethorp’s companion who soon has a row with the grand dame and leaves a few days before she is murdered. Cynthia Murdoch is also on hand and she works in a dispensary too which has access to poison. She was Mrs. Inglethorp’s ward since Cynthia was an orphan whose father was friends with the grand dame, she took her in. Oh and the narrator is a Lieutenant (later Captain) Hastings but we know he’s not the murderer since he’s helping Poirot.

However, I was pretty sure from the start of Cynthia’s innocence of the crime since she was so hard to wake up the night of the murder and I knew Mary Cavendish was guilty of something for the sole reason that she’s being forced to live with and depend upon her mother-in-law. Other than these two ladies and Hastings’ innocence of course, I didn’t have a clue! Agatha Christie said (and I have to concur), “Like all young writers, I was trying to put far too much plot into one book. I had too many false clues-- so many things to unravel that it might make the whole thing not only more difficult to solve, but more difficult to read.” However, it didn’t make the story no less enjoyable for me. What a remarkably clever woman Agatha Christie was! So far I’ve read three of her books and I haven’t once been able to figure out whodunit. I would never have thought of the guilty party in The Mysterious Affair at Styles and that just goes to show that every single word in a Christie book is important. 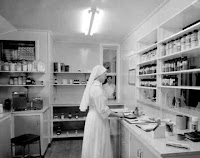 “How about calling my little man Hercules? He would be a small man-- Hercules: a good name. His last name was more difficult. I don’t know why I settled on the name Poirot; whether it just came into my head or whether I saw it in some newspaper or written on something-- anyway it came. It went well not with Hercules but with Hercule-- Hercule Poirot.” Hercule Poirot is such a great character even if Ms. Christie was said to have really hated him after a couple of years of writing him, I thought he was very intelligent but hid that behind his funny little ways. The first time I read a story with him in it was Murder on the Orient Express (which was the ninth Poirot novel) and I actually thought he was annoying! I don’t know why I disliked him then but just thought of him as eccentric now but perhaps it’s because the author hadn’t started disliking him yet? 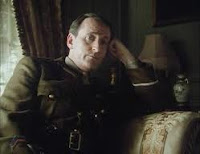 Though this was her first novel and her first murder by poisoning (certainly not her last!) it’s no less masterfully written than her later books. The author was working at a dispensary (just like her character Cynthia in this book) which is a kind of pharmacy, when she decided to write this so a lot of her knowledge of poisons go into her stories. Besides poisons, Christie didn’t know much about solving crime other than what she had read in other detective fiction but since she’s one of the most famous detective writers even several decades after her death, I have to say she did a terrific job. Her publisher John Lane certainly recognized her genius (though it took her a long time to get published) when he said he’d publish The Mysterious Affair at Styles if she would change a few things in the book (like a major overhaul of the ending) and sign what the author would later discover to be a really bad contract that caused her to not earn very much at all with this and her next five books though they all did extremely well. 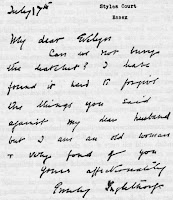 About her first novel the author said in her autobiography, “And so it was that I started on my long career; not that I suspected at the time that it was going to be a long career. In spite of the clause about the next five novels [in the contract with John Lane], this was to me a single and isolated experiment. I had been dared to write a detective story; I had written a detective story; it had been accepted, and was going to appear in print. There, as far as I was concerned, the matter ended. Certainly at that moment I did not envisage writing any more books. I think if I had been asked, I would have said that I would probably write stories from time to time.” Well considering she published 80 novels in her lifetime, several short stories, and even an autobiography I would have to say she was selling herself short. Almost every book Agatha Christie has written has been adapted for either film, TV, radio, or as a play and The Mysterious Affair at Styles is no different. It was adapted in 1990 for TV by London Weekend Television in Britain with David Suchet as Hercule Poirot.

Occasionally she referred to her husband over a question of days or dates. His watchful and attentive manner never varied. From the very first I took a firm and rooted dislike of him, and I flatter myself that my first judgments are usually fairly shrewd.


For the first time I felt that, with Evelyn Howard, something indefinable had gone from the atmosphere. Her presence had spelt security. Now that security was removed- and the air seemed rife with suspicion. The sinister face of Dr. Bauerstein recurred to me unpleasantly. A vague suspicion of every one and everything filled my mind. Just for a moment I had a premonition of approaching evil.


Poirot was an extraordinary looking little man. He was hardly more than five feet, four inches, but carried himself with great dignity. His head was exactly the shape of an egg, and he always perched it a little on one side. His moustache was very stiff and military. The neatness of his attire was almost incredible. I believe a speck of dust would have caused him more pain than a bullet wound. Yet this quaint dandyfied little man who, I was sorry to see, now limped badly, had been in his time one of the most celebrated members of the Belgian police. As a detective, his flair had been extraordinary, and he had achieved triumphs by unraveling some of the most baffling cases of the day.


I pass over Alfred Inglethorp, who acted the bereaved widower in a manner that felt to be disgusting in its hypocrisy. Did he know that we suspected him, I wondered. Surely he could not be unaware of the fact, conceal it as we would. Did he feel some secret stirring of fear, or was he confident that his crime would go unpunished? Surely the suspicion in the atmosphere must warn him that he was already a marked man.


“It is well. The bad moment has passed. Now all is arranged and classified. One must never permit confusion. The case is not clear yet—no. For it is of the most complicated! It puzzles me. Me, Hercule Poirot!


“Is he quite mad, Mr. Hastings?”
“I honestly don’t know. Sometimes, I feel sure he is mad as a hatter; and then, just as he is at his maddest, I find there is method to his madness.”

First Paragraph: The intense interest aroused in the public by what was known at the time as "The Styles Case" has now somewhat subsided. Nevertheless, in view of the worldwide notoriety which attended it, I have been asked, both by my friend Poirot and the family themselves, to write an account of the whole story. This, we trust, will effectually silence the sensational rumours which still persist.

Picture Explanations
Styles Manor: This could be the manor house
Floor Plan: This is the sketch of the floor plan included in the book.
House of cards: Poirot is building this when Hasting remarks upon something that helps Poirot solve the crime.
Dispensary: This is what a dispensary looked like back in the 1930s. This is where Cynthia worked.
Hugh Fraiser: He plays Lieutenant Arthur Hastings in the TV adaptation of this book.
Letter: This is the letter to Ms. Hastings from Mrs. Inglethorp