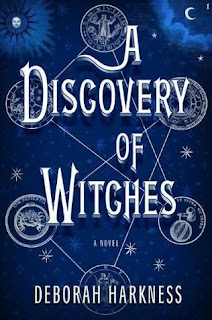 Deep in the heart of Oxford’s Bodleian Library, scholar Diana Bishop requests a manuscript called Ashmole 782 in the course of her research. Coming from an old and distinguished lineage of witches, Diana senses that the ancient book might be bound up with magic-- but she herself wants nothing to do with sorcery; and after making a few notes on its curious images, she banishes it quickly back to the stacks. But what she doesn’t know is that the old alchemical text has been lost for centuries, and its sudden appearance has set a fantastical underworld stirring. Soon, a distracting horde of daemons, witches, and vampires descends upon the Bodleian’s reading rooms. One of these creatures is Matthew Clairmont, an enigmatic and eminent geneticist, practitioner of yoga, and wine connoisseur-- and also a vampire with a keen interest in Ashmole 782.

Equal parts history and magic, romance and suspense, A Discovery of Witches is a novel of epic scope, traveling from the cobbled streets of Oxford to the chateaus and mountains of the Auvergne to a small town in upstate New York. It also takes us into a rich fifteen- hundred-year history that spans Clovis and the Crusades, the Knights Templar, and the American Revolution. As Matthew and Diana’s alliance deepens into intimacy, Diana must come to terms with age-old taboos and her own family’s conflicted history-- and she must learn where the modern woman she is meets the source of ancient power that is her legacy. With a scholar’s depth and the touch of a great storyteller, Deborah Harkness has woven a tale of passion and obsession; the collision of magic, alchemy, and science; and the closely guarded secrets of an enchanted world.

From Romeo and Juliet to Edward and Bella, the forbidden love story never seems to get old and Deborah Harkness’ A Discovery of Witches is no exception. Already this lush, well-researched book has gotten great buzz from a variety of sources, including pieces in O, The Oprah Magazine and Entertainment Weekly and it is to be translated into 32 languages as well. Not bad for a professor of history at the University of Southern California’s fictional debut. A Discovery of Witches is the first book in a trilogy. 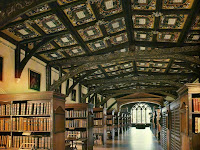 A Discovery of Witches is really only a love story on the surface between a vampire and a reluctant witch (whose ancestor was Bridget Bishop) who is coming into her powers after burying them so long, but it's actually so much more complicated than that. The story is equally about evolution, extinction, and racism (none of the supernatural races are supposed to mix) while sprinkled throughout are history, alchemy, and several beautiful settings too. It’s also equally about a lost manuscript called Ashmole 782 (which is an actual lost manuscript in real life, though Harkness’ contents are fiction) that only Diana has been able to get her hands on which peaks the interest of all three of the supernatural races who have been trying to get to it for years. Oh, and you can’t forget Matthew’s (and the author’s) love of wine either. What I would like to know is where in the world did this yoga thing come from? I’ve never heard of a vampire that does yoga. Much less witches and daemons too!

My initial impression of Diana is that she’s a bit of a loner and has the potential to be pretty powerful if she chooses to stop letting magic scare her so badly which is what she tries to do throughout the entire book. I loved all of the powers Diana kept discovering in herself, especially the ones where she can speak to the animals, ghosts, and control the elements too, even if the witchwater scene reminded me of Bella in New Moon. My only real issue was that Diana continued to let so many of the creatures bully her and calling in Matthew instead of taking care of it or even equally helping out. I’m not a big fan of a man (vampire in this case) fighting a woman’s battles for her when she’s capable of doing it herself. The male character Matthew took a bit of getting used to and I’m still not really sure what to think about him. He’s quite temperamental and some of his mood swings would give a pregnant woman whiplash though thankfully that starts to taper off some towards the end. 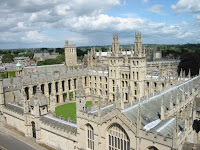 The author said that she came up with the idea for book by asking herself: “If there really are vampires, what do they do for a living?” Heroine name came second. "It's pretty hard not to notice the popular preoccupation with witches, vampires, and things that go bump in the night. But we aren't the first to be fascinated with these creatures. Today, we often imagine them into fantastic other worlds, but the people I study believed that such magical beings were living alongside them in this world. So I started thinking, if there are vampires and witches, what do they do for a living—and what strange stories do humans tell to explain away the evidence of their presence? A Discovery of Witches began with the answers to those questions as I essentially reimagined our modern world through the eyes of medieval and Renaissance people." 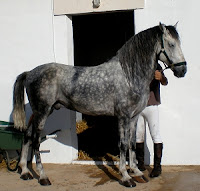 Out of the three creatures described in book (witches, daemons, and vampires) the witches are what fascinated me the most. The vampires are interesting- especially how logical they are: no fangs, sunlight isn’t an issue, enhances senses, and immortality- in that the ones in this story had much to do with several historical people and events but the daemons weren't really explained well since we only slightly get to know Hamish, Sophie, and Nathaniel. And they were only in a few chapters. I have high expectations for the next book in this trilogy since the book leaves off on a bit of a cliffhanger. I hope we get to see more of the Congregation because I really am curious if there isn't some good people to be found in it since all we see in this book is the evil.

Written in about a year; though it takes place in 40 days (“I think the only thing we’ve escaped is a plague of locusts.”), this book has got the feel of a good urban fantasy adventure story woven in with the aura of a great contemporary classic. Think an adult Twilight with a little Harry Potter thrown in for fun yet much more sophisticated. Considering that this ends right when it was really getting good, I’m definitely going to be first in line when the sequel comes out!

Even at a safe distance, this manuscript was challenging me-- threatening the walls I’d erected to separate my career as a scholar from my birthright as the last of the Bishop witches. Here, with my hard- earned doctorate, tenure, and promotions in hand and my career beginning to blossom, I’d renounced my family’s heritage and created a life that depended on reason and scholarly abilities, not inexplicable hunches and spells.

Aunt Sarah had always told me that magic was a gift. If it was, it had strings attached that bound me to all of the Bishop witches who had come before me. There was a price to be paid for using this inherited magical power and for working the spells and charms that made up the witches’ carefully guarded craft. By opening Ashmole 782, I’d breached the wall that divided my magic from my scholarship. But back on the right side of it again, I was more determined than ever to remain there.

Witches aren’t the only creatures sharing the world with humans, however. There are also daemons-- creative, artistic creatures who walk a tightrope between madness and genius. “Rock stars and serial killers” was how my aunt described these strange, perplexing beings. And there are vampires, ancient and beautiful, who feed on blood and will charm you utterly if they don’t kill you first.

“History only became more challenging when it became less neat. Every time I pick up a book or a document from the past, I’m in a battle with people who lived hundreds of years ago. They have their secrets and obsessions-- all the things they won’t or can’t reveal. It’s my job to discover and explain them.”
“What if you can’t? What if they defy explanation?”
“That’s never happened,” I said after considering his question. “At least I don’t think it has. All you have to do is be a good listener. Nobody really wants to keep secrets, not even the dead. People leave clues everywhere, and if you pay attention, you can piece them together.”

“I don’t like this one bit,” my aunt finally said in a tone that suggested the world was falling apart. “Bewitched books? Daemons following you? Vampires taking you to yoga? Witches threatening a Bishop? Witches are supposed to avoid notice, Diana. Even the humans are going to know something’s going on.”

The enormity of what it meant to love a vampire struck home as I slid the account book back onto the shelf. It was not just his age that posed the difficulties, or his dining habits, or the fact that he had killed humans and would do so again. It was the secrets.

First Paragraph: The leather-bound volume was nothing remarkable. To an ordinary historian, it would have looked no different from hundreds of other manuscripts in Oxford’s Bodleian Library, ancient and worn. But I knew there was something odd about it from the moment I collected it.

Source: Personal copy, I was contacted by a representative for the publisher (hardcover)

Picture Explanations
Duke Humphrey’s Library: Diana discovers Ashmole 782 here as well as meets Matthew here.
Rowing on the River Thames: Diana rows when she’s not jogging or doing yoga for her exercise.
All Soul's College: Academic research oriented college, with no undergraduates that Matthew belongs to.
Horse: Once they get to Sept Tours, Diana spends a lot of time riding horses.
Old Wine: Matthew is a wine connoisseur and has tons of really old wine
Posted by Ladytink_534 at 11:52 AM