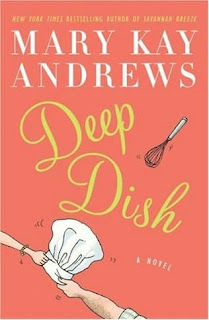 Chef extraordinaire Gina Foxton doesn't expect anything to be handed to her on a platter. After years of hard work, the former-runner-up Miss Teen Vidalia Onion is now the host of her own local Georgia public television show called Fresh Star, and she's dating the show's producer.

But when her show gets canceled-- and she catches her boyfriend in flagrante delicto with the boss's wife-- Gina realizes that she's meant for bigger and better things. Namely, a gig on national television.

The Cooking Channel is looking for its next big star, and Gina is certain that she fits the bill. Trouble is, the execs also have their eyes on Mr. "Kill It and Grill It" Tate Moody, the star of a hunting, fishing, and cooking show named Vittles. Tate is the ultimate man's man, with a dog named Moonpie and a penchant for flannel shirts. He's also a tasty side of beef with a swooning female fan base. All Gina has on her side are a free-spirited, college-dropout sister and a mother who calls every single day.

Little does Gina know, though, that she and Tate are soon to embark on the cook-off of their lives, spiced up by a little ingredient called love. 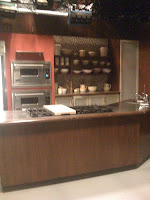 reality shows are a bit of a new thing. Author Mary Kay Andrews (real name Kathy Hogan Trocheck) took both of these types of shows and combined it in her latest novel Deep Dish. To make the story as realistic as possible she researched all she needed to know about the cooking show business and even got to observe Paula Deen in action for about a week.

Southern authors, especially those born and raised in the south like Mary Kay Andrews (in my home state Georgia no less) 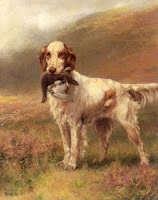 have a distinct advantage when it comes to me as I automatically believe that their stories are going to be good ones and Ms. Andrews has yet to prove me wrong. I’ve read every book she has published under this pen name and a few under her real name as well and I’ve liked every one of them. All the southern nuances and phrases are authentic (yes there is even a “snatch you bald-headed” line or in this case it's, "I will personally snatch you bald") as is the food in the story too. Where else but in the 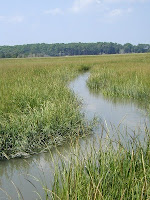 south will you find a recipe for Tomato Soup Chocolate Cake?

All of this author’s (under this name) books do end in a happily-ever-after romance, usually after leaving a cheating boyfriend or husband but despite that and the common theme of cooking great southern food- oh and the fact that they’re all set in Georgia (or in this case; half in Georgia, half on the fictional Eutaw Island, which is based on “Cumberland Island in Georgia, and Daufuskie in South Carolina“), other than that, each book and each character is completely unique. Also usually, when it comes to reading a book with se

veral characters I’ll start to forget who is who but for some reason I’ve never had that problem with Andrews. Every person from the main characters Regina (Gina or as Tate likes to call her, Reggie), Tate, and his dog Moonpie to the minor characters like the flamboyant make-up artist D’John or Gina’s wild child sister Lisa, each seems so real you expect them to actually exist.

The very best thing about Deep Dish however is just how funny it is. The characters can dish it out and get their jabs in (sometimes quite literally) too and the pacing of the story never slows down for their banter. You absolutely cannot classify this as romance because it’s not. The only time a character ever gets naked is to run screaming down a beach for the sheer thrill of it. "It's not about Regina finding a man," Andrews says, "it's about Regina finding herself."

First Paragraph: One more week. Gina repeated the words to herself as she stood on the set, her makeup already starting to melt under the hot lights trained on her.


The author talks about Deep Dish on CNN


Picture Explanations:
Cooking Studio: Where Gina and Tate film their shows.
Moonpie: This is what Tate’s dog looks like.
Eubanks Marsh: Tate and Gina have to find food to cook for the show (kind of a la Survivor meets Top Chef) and they go into the marsh on a few occasions.
Cake: This is a picture of Reggie's Tomato Soup Chocolate Cake that was featured in the Cooking With Paula Deen magazine.
Posted by Ladytink_534 at 8:30 AM