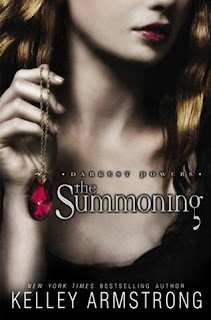 My name is Chloe Saunders and my life will never be the same again.

All I wanted was to make friends, meet boys, and keep on being ordinary. I don’t even know what that means anymore. It all started on the day that I saw my first ghost- and the ghost saw me.

Now there are ghosts everywhere and they won’t leave me alone. To top it all off, I somehow got myself locked up in Lyle House, a “special house” for troubled teens. Yet the house isn’t what it seems. Don’t tell anyone, but I think there might be more to my housemates than meets the eye. The question is, whose side are they on? It’s up to me to figure out the dangerous secrets behind Lyle House… before its skeletons come back to haunt me. 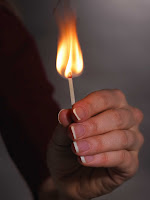 series is written for teens. After writing the second book in her main series, she came up with the idea for the Darkest Powers novels but it took her five years before it was published. Set in the same world as her most popular series, the first book in what is to become a trilogy starring Chloe Saunders is called The Summoning.

The Women of the Otherworld series has been one of my favorites for a few years now so when I learned the author was writing a young adult paranormal series, I knew I had to check it out. This new series is just as good as the adult one but with no romantic relationships (even if there is some budding romance). Since I am a fan of the main series, the big reveal about the truth of Lyle House and its occupant didn’t come as a surprise to me at all… mostly because I had already figured it out! The author has created a great cast of characters, (misfits though they are) with this series. Chloe and Simon are my favorites with Derek as a close third. 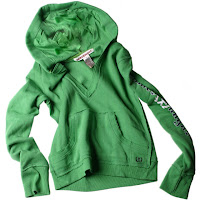 Armstrong touched on what it would be like growing up as a supernatural being only briefly in her Women of the Otherworld books as there isn’t much room to go into detail but she fully explores it here. What would kids do and where would they go when their powers were discovered? Especially when they’re parents are normal? Or if the kids are orphans? They would most likely be considered “troubled,” and since they didn’t know any better how would they know? As Chloe says near the beginning of the book, “If the kids were diagnosed as having a disease such as schizophrenia, pyromania, etc.” --as Chloe puts it,“If I was crazy, would I know it? That’s what being crazy was, wasn’t it? You thought you were fine. Everyone else knew better. Maybe I was crazy.”

When talking about this first book the author said, “Despite a wide age range of narrators in my adult novels, adults share a basic set of core concerns that are different from teens, and they have a very different set of tools for dealing with them. It's a fresh take on ‘my world’ and I love it.” Well, Ms. Armstrong, I can safely say after reading it that I love it too and now I need to go get caught up with your other books. A warning though, this does end on a huge cliffhanger so you may want pick up the second book The Awakening and have it ready after you finish.

First Paragraph: I bolted up in bed, one hand clutching my pendant, the other wrapped in my sheets. I struggled to recapture wisps of the dream already fluttering away. Something about a basement... a little girl... me? I couldn't remember ever having a basement-- we'd always lived in condo apartments.


Armstrong Talks About The Summoning at Kelpers Bookstore

Picture Explanations:
Rae’s matches: One of the girl’s at Lowell House has been branded a pyromaniac
Liz’ green hoodie: Another girl at the House left this behind when she left