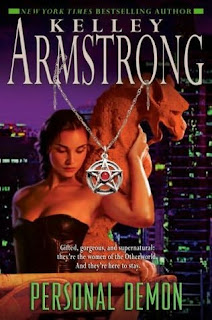 Half-demon Hope Adams has inherited not only a gift for seeing the past but a hunger for chaos---along with a talent for finding it wherever she can. Naturally, when she's chosen by a very dangerous group for a very dangerous mission, she jumps at the chance. As it turns out, Hope is a little too good at this job, and she soon finds it necessary to unleash her most potent primal instincts---and open herself, mind and body, to everything she most fears...and desires. 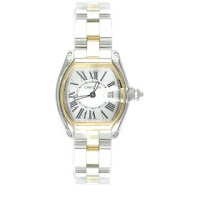 Personal Demon however, being a reporter is just her "day-job" so to speak. Like all of the women in this series there is something special about her, she's a rare half-demon known as an Expiso, which means that her father was Lucifer.

The only female werewolf Elena Michaels from the first two books in the series is my favorite heroine that has ever narrated one of Armstrong’s books but Hope Adam’s is probably my second favorite. They’re all really great (and most “check in” during each book no matter who is narrating) though and I thought it kind of interesting that the author let Lucas (from Dime Store Magic and Industrial Magic) narrate occasionally too.

“Whining. Complaining. Blaming someone else. I hate those traits in others, and I loathe seeing them in myself. Fate makes you a half-demon? Gives you visions of death and destruction? Makes you crave

them like candy and cigarettes? Too bad. Suck it up and move on.” I doubt anyone could describe Hope Adams better than Hope! She’s also a very nice person despite her cravings for chaos though. There was only one thing in Personal Demon that while necessary, confused me to no end and that was Hope’s undercover name in the gang Faith Edmonds. It’s so similar that I kept calling her Faith even when she wasn’t undercover! The inner dialogue like: “Hope Adams may not [insert something like drinking], but I was sure Faith Edmonds would,” was a bit annoying too.

However, the real star of the story was Karl Marsten, the second best werewolf in the Women of the Otherworld series. He doesn’t do that much stealing (he’s a jewel thief that Hope met in a short story from the anthology Dates from Hell whom also appears in several of the books) this time but his raw magnetism still comes across through the page regardless. The author claimed that he was originally supposed to die in the very first book so I’m extremely glad she decided to keep him! I hope he and Hope will appear in many more of the books in this series.

First Paragraph: There was a time in my life when the prospect of watching a man die would have filled me with horror. Now, as I shivered beside the cenotaph, knowing death was coming, what I felt was very different.