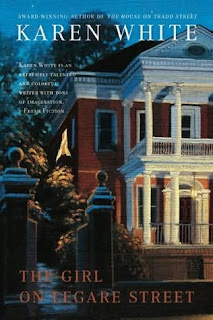 There was a time when Melanie's dysfunctional family was out of sight and mind, and her only worries were her monthly sales figures, what shade of beige to paint her low-maintenance condo, and whether she was ready to make charming journalist Jack Trenholm a permanent fixture in her life. Those days are over.

After receiving a deadly premonition, Melanie's mother, who deserted her more than thirty years ago, suddenly returns to Charleston to protect her. But all Ginnette Prioleau Middleton does is remind Melanie of how little they have in common--except for their ability to communicate with ghosts...

And now Ginnette is moving into their ancestral home on Legare Street, and she needs Melanie's advice on restoring it and her sixth sense to talk to the dead that inhabit it. But Ginnette's return has awakened a dark spirit--whose strength has been growing for decades--and who is ready for revenge. With Jack's help, Melanie and her mother must find a way to work together to fight its malevolent presence and save what's left of their family.

The award-winning novel The House on Tradd Street started 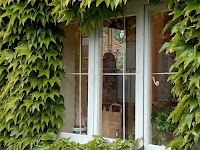 Melanie Middleton in the restoring of historic homes as well as doing something about the malicious spirits haunting these places she’s living. In the sequel The Girl on Legare Street, Melanie is finally going back to her childhood home where an old family mystery awaits. A sort of “Moonlighting meets The Sixth Sense meets National Treasure,” 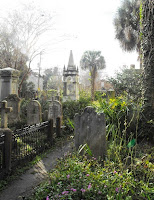 this book has everything you could ever need in a novel.

The house that seemed almost a character unto itself in the first novel is left out in the cold for most of The Girl on Legare Street and Melanie doesn’t even stay in the house, instead she’s living with her estranged mother in the house she grew up in which was only recently bought back. Due to the

previous owner’s appalling lack of taste (can anyone actually paint circus-like colors in a historic home?); they have a lot of work to do. However, unlike the previous book, this house doesn’t become quite as important as the ghosts inside are. Karen White can certainly write good ghosts!

She can also write a good cold case mystery involving said ghosts. Ms. White is an incredibly talented award-winning and bestselling author and I’m so glad that there will be 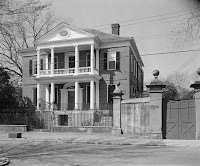 two more books involving these characters. I have to admit being a tad disappointed that all the progress that Melanie made in The House on Tradd Street seems to have completely disappeared (especially that with Jack) though. However, Mellie is still a great character and I’m hoping she’ll stop being so afraid and take a chance (hopefully in the progress kicking that reporter Rebecca’s rear end) on Jack in the future books. Though I’ve never been to Charleston, South Carolina myself, I believe Karen White portrays this beautiful city steeped in history throughout this novel accurately.

First Paragraph: The milky glow of winter sun behind a sky rubbed the color of an old nickel failed in its feeble attempt to warm the November morning. I shuddered in my wool coat, my Charleston blood unaccustomed to the infrequent blasts of frigid air that descend on the Holy City from time to time to send yet another reminder of why we choose to live in the beautiful city, whose inhabitants-- both living and dead-- coexist like light and shadow.

Author’s Blog Guest Posts:
Peeking Between the Pages
Review from Here
War Through the Generations
The Tome Traveller
Musings of a Bookish Kitty
Savvy Verse & Wit
In Bed With Books

Picture Explanations
Kitchen Ghost: There’s an extremely malevolent ghost in the kitchen on Legare Street.
Cemetery: Though she hates cemeteries (the ghosts start coming out), Melanie goes to where her grandmother is buried when she learns her tombstone was disturbed.
Locket: Hugely popular during the Victorian era, they're a part of the mystery in the story.
The Miles Brewton House: One of the supposedly haunted houses on Legare Street and as you can probably see, it's on the cover of this book.
Posted by Ladytink_534 at 8:41 AM