A Story of Reinvention 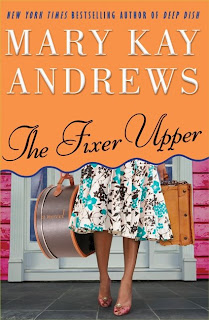 After her boss in a high-powered Washington public relations firm is caught in a political scandal, fledgling lobbyist Dempsey Jo Killebrew is left almost broke, unemployed, and homeless. Out of options, she reluctantly accepts her father's offer to help refurbish Birdsong, the old family place her recently inherited in Guthrie, Georgia. All it will take, he tells her, is a little paint and some TLC to turn the fading Victorian mansion into a real-estate cash cow.

But, oh, is Dempsey in for a surprise when she arrives in Guthrie. "Bird Droppings" would more aptly describe the moldering Pepto Bismol-pink dump with duct-taped windows and a driveway full of junk. There's also a murderously grumpy old lady, one of Dempsey's distant relations, who has claimed squatter's rights and isn't moving out. Ever.

Furthermore, everyone in Guthrie seems to know Dempsey's business, from a smooth-talking real-estate agent to a cute lawyer who owns the local newspaper. It wouldn't be so bad if it weren't for the pesky FBR agents who show up on Dempsey's doorstep, hoping to pry information about her ex-boss from her.

All Dempsey can do is roll up her sleeves and get to work. And before long, what started as a job of necessity somehow becomes a labor of love and, ultimately, a journey that takes her to a place she never expected- back home again.

A political scandal of “Hoddergate” proportions is the kick off for Mary Kay Andrews’ (also known as Kathy Hogan Trocheck) 2009 release The Fixer Upper. All of the books published by th 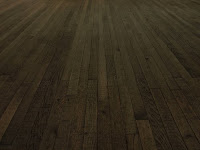 is author are set in the Peach State- that’s Georgia to those not in the know- but the southern background is always folded gently into the stories and this was no exception. Many of Andrews’ stories have things in common such as the fact that all the heroines are feisty and stubborn (of course Dempsey is no exception), there’s a sweet guy as a love interest, the secondary characters are just as awesome as the main ones, and every book is always very, very good.

The author commented in an interview that it’s what she loves to write about, “Women whose lives are turned upside down by something and how they manage to right themselves. And if you can throw in a little decorat 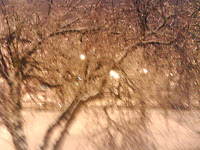 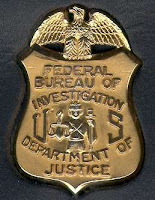 down house herself. It wasn't the antebellum beauty of Birdsong but a little cottage; now named The Breeze Inn, which has its own special charm so the author was able to draw a lot from her own experiences. In doing so she helps make the house almost a character unto itself, which is probably a good reason, why a game is being made based on the story.

The only complaints I had with this novel was that Dempsey’s relationship with Tee moved a lot faster than I expected and the ending because it ended! I do wish Mary Kay Andrews would have at least included an epilogue but I’m hoping one day that she’ll decide to write another book with these fabulous characters. I’m going to miss grumpy old Ella Kate, plus I’d like to catch up with the others too and since the author left one or two plot threads loose enough so the story doesn’t end in a perfect pink bow, I’m really hoping for that sequel one day soon.

First Paragraph: At the end of the very worst day in my life up until that point, my roommates and I sat in a back booth at the Filibuster, a crappy bar on a crappy street on the outskirts of Georgetown, as the endless news footage of my public demise played itself out again and again on the television set mounted on the wall directly in front of us.

Picture Explanations
Wooden Floors: Dempsey digs these out from under linoleum: "Bobby says this house is made of heart pine. He says these old boards are like iron, and not even the toughest termite could chew through them."
Ice Storm: There is a sudden ice storm in the novel and a couple of characters are caught in it.
FBI: Agents Harrell and Allgood are really on Dempsey's case!