A Hunter and His Witch 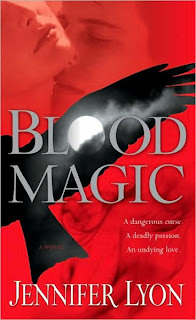 In the days when powerful witches used their magic to shield humanity from demons, their allies and guardians were a group of men gifted with preternatural abilities of their own-- the witch guardians. But when a band of witches traded their humanity for demonic power, the ancient bond was broken, and the guardians became the hunters.

Darcy MacAlister knows nothing of demons or magic. But this beautiful young woman is about to discover the truth about her past… and her future. For she is a witch-- not just aby witch, but the key to breaking the curse that has plagued witches and the men who hunt them. For if a hunter kills an innocent witch by mistake, the price is no less than a piece of his soul.

Axel Locke, gorgeous leader of the Wing Slayer Hunters, has sworn never to shed the blood of the earth witches who have resisted the temptation of demonic power. But when his sister is cursed by a demon witch, he discovers that Darcy MacAlister may hold the cure-- if she can master her newfound powers in time. When the chase begins and Axel and Darcy come face-to-face, this hunter must weigh his soul against his honor-- and against his heart.

Messanger, protector, and visionary are all symbols that the hawk stands for so it’s only fitting that Axel Locke; a witch hunter that was branded with mysterious h 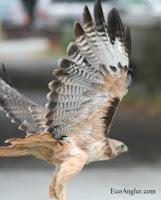 Vaguely similar to J.R. Ward’s Black Dagger Brotherhood and Gena Showalter’s Lords of the Underworld series, Ms. Lyons has introduced a somewhat complicated yet unique new series where the heroes only want to keep their souls. “They had been born witch hunters, a breed of men with a centuries-long and honorable history of protection and justice. They’d been immortal and unstoppable guardians of the earth witches [(which is what Darcy is)], highly evolved women with powers drawn from the earth’s elements to protect, heal, and assist mortals while hunting down and killing demon witches. Now, thanks to a thirty-year-old blood-and-sex curse, [the men featured in Blood Magic now] fought a dark, soul-destroying compulsion for witch blood.” 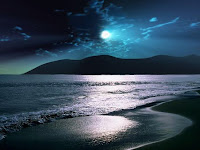 Hunters are interesting as well so I’m glad the author will be writing their stories in the forthcoming books. Tormented heroes are a common plot conception in romances but this series is still fun and unique enough that Soul Magic is one of the next books I plan on buying. I’m so glad I accidentally stumbled across this series!

The author said that her "men had to be worthy of the very special witches that would become their heroines. No matter what I threw at the men—demonic curses, soul destroying cravings or gut wrenching betrayals—they had to remain strong and just. And unlike Darrin [from Bewitched, which partly inspired the author], these men not only love and respect their witch’s magic, but they become an intricate part of it"

First Sentence: The whispers were nothing new.

Source: Borrowed from local library for the Take a Chance Challenge

Picture Explanations
Hawk: Holds special signficance for Darcy since she has always dreamed of a hawk that protected her as a child and it’s also the tattoo of Axel.
Moonlight on a Beach: Darcy uses the elements such as the moon to sort of “recharge” her powers
Posted by Ladytink_534 at 2:42 PM