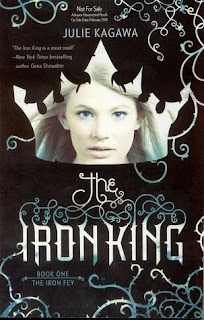 Meghan Chase has a secret destiny--one she could never have imagined...

Something has always felt slightly off in Meghan's life, ever since her father disappeared before her eyes when she was six. She has never quite fit in at school...or at home.

When a dark stranger begins watching her from afar, and her prankster best friend becomes strangely protective of her, Meghan senses that everything she's known is about to change.

But she could never have guessed the truth--that she is the daughter of a mythical faery king and is a pawn in a deadly war. Now Meghan will learn just how far she'll go to save someone she cares about, to stop a mysterious evil no faery creature dare face...and to find love with a young prince who might rather see her dead than let her touch his icy heart. 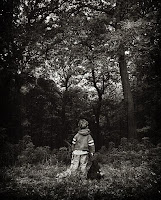 the late 1500’s, from other plays to novels, movies, and even music, the characters Oberon, Titania, and Puck have become forever cemented in the human mind. Young adult author Julie Kagawa has taken these characters (all of which are based on real myths, Titania is the only one Shakespeare named) and even made a few of her own using the faerie myths for her debut novel The Iron King.

When asked why she wrote this story Ms. Kagawa said, “Faeries, the old, ancient fey, not the glittery winged sprites, have always fascinated me. But I wanted to write a book that was different than other fa 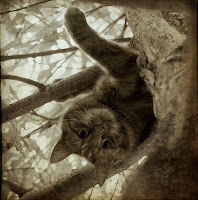 ery books. So I began thinking: what if there was a new type of fey that had evolved with progress over the years? What if they weren’t only immune to iron, their existence was slowly poisoning and corrupting the lands of the traditional fey? And I realized we already have “monsters” in machines: gremlins, bugs, viruses, ect. And from that thought, the iron fey were born.”* As you may have guessed, the iron fey are the bad guys in this book and they’re every environmentalist’s nightmare villian!

Ever since I first heard about The Iron King it has reminded me of Lesley Livingston’s Wondrous Strange series. While there are some of the same characters, like Oberon, Mab, and Puck, it was quite a bit 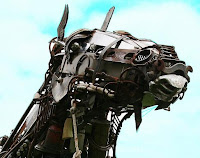 different. Of course, it's main character Meghan Chase thinks she's just a nothing special, ordinary high school student but what would be the fun if that was true? Yet as predictable as that particular plot point is for a YA fantasy, it’s the faery characters and their world where this author shows her talents. My favorite character besides Puck was Grimalkin the Cait Sith which is a sidhe fae in the form of a cat. He somewhat reminded me of Lewis Carroll’s Cheshire Cat and according to him in one character interview he “found [Lewis Carroll] wandering around Faerie one day in a daze, about to be eaten by ogres, and led him back to the mortal realm. In return, he put me in a book. Crazy mortal.”

Frankly, The Iron King was a wonderful story that I throughouly enjoyed yet I did find the character’s descriptions a little weak (especially Puck who I never could get the look quite right in my head even if he was an amazing character) and I felt like the faery worlds were more “real” than the mortal world… still trying to decide whether that was intentional or not but I rather liked it! The only thing that really bothered me was how Puck was briefly re-introduced at one point in the quest and then almost immediately taken back out. I hope that he has a much bigger part in the next story. This book isn’t the first and it won’t be the last to use faeries, even some of these particular faeries in young adult fantasy and that’s perfectly okay with me. Book two of this trilogy, The Iron Daughter comes out in August of 2010.

“You really are Puck?” I said finally. The Puck? Like in the stories?
Robbie/ Puck gave a little bow. “The one and only.”

“Will it be very dangerous?”
“Oh, extremely,” Robbie said, walking up to Ethan’s bedroom door. “That’s what makes it fun. You can die in so many interesting ways-- skewered on a glass sword, dragged underwater and eaten by a kelpie, turned into a spider or a rosebush for all time--” He looked back at me. “Well, are you coming or not?”

First Paragraph: Ten years ago, on my sixth birthday, my father disappeared.
No, he didn't leave. Leaving would imply suitcases and empty drawers, and late birthday cards with ten-dollar bills stuffed inside. Leaving would imply he was unhappy with Mom and me, or that he found a new love elsewhere. None of that was true. He also did not die, because we would've heard about it. There was no car crash, no body, no police mingling about the scene of a brutal murder. It all happened very quietly.

Picture Explanations
Ethan: He's kidnapped by the faeries and like Labyrinth before it, is the reason Meghan starts her quest.
Grimalkin: Meghan meet Grim when she's thrown into his tree
Ironhorse: One of the Iron King Machina's lieutenants.
The Iron Kingdom: Is a twisted, polluted place with acid rain.
Posted by Ladytink_534 at 5:30 AM