Rider on the Storm 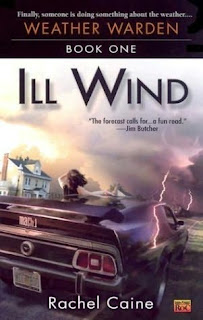 The Warden Association has been around pretty much forever. Some Wardens control fire, others control earth, water, or wind-- and the most powerful can control more than one element. Without Wardens, Mother Nature would wipe humanity off the face of the earth…

Joanne Baldwin is a Weather Warden. Usually, all it takes is a wave of her hand to tame the most violent weather. But now Joanne is trying to outrun another kind of storm: accusations of corruption and murder. So she’s resorting to the very human tactic of running for her life…

Her only hope is Lewis, the most powerful Warden. Unfortunately, he’s also on the run from the World Council. It seems he’s stolen not one but three bottles of Djinn-- making him the most wanted man on earth. And without Lewis, Joanne’s chances of surviving are as good as a snowball in-- well, a place she may be headed. So she and her classic Mustang are racing hard to find him because there’s some bad weather closing in fast…

Endorsed by Jim Butcher as a “fun read,” Ill Wind is the first book in Rachel Caine’s Weather Warden series about Weather

Warden Joanne Baldwin. Originally written as a short story with the main character having leukemia, searching for her long lost brother for a transplant, and chased by bad weather wherever she went, and the author loved the “energy” of the story but publishers refused it because of the main character having cancer. Finally, Caine “reset the universe into a fantasy context [with] the cancer becoming a *Demon Mark*” and so the Weather Wardens series was born.

first page that Joanne is in trouble and is on the run, we don’t know what from or exactly why and that theme is repeated throughout the whole book. You’re left guessing while the author slowly feeds you what you need to know, when you need to know it (sometimes in flashback sequences). For example, we’re introduced to a neat character fairl 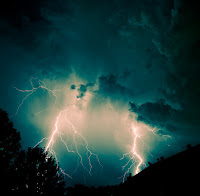 y early on named David who is a hitchhiker and yet there was just something about him that after the initial meeting had me wondering about him. He’s the second best character in the book-- and I’m hoping, the series-- after Joanne.

Joanne Baldwin is a cool chick. She loves her fast cars (hers is a “sweet midnight blue ‘71 Mustang“ named Delilah) and hot guys, combined with the fact she can also control wind and water, she‘s a badass but still girly at times. She’s a Weather Warden and a really powerful one at that. The Wardens protect us from the weather because it isn’t what we think. The weather is “a predator. In fact, the whole world around you is full of predators you can’t see, can’t sense, that are held in check only by their own whims and 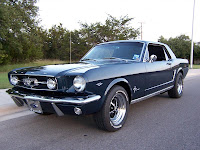 the power of about 1 percent of the human population.” They do this by their own powers as well as using the powers of their captured Djinn. Djinn are the proper name of what we know as genies and I’m not talking about from Aladdin. These are seriously dangerous, fantastic, and amazing creatures!

The Weather Warden series has quickly made its way onto my list of favorite urban fantasies. I even liked it better than the author’s young adult Morganville Vampire series and that’s saying something. Some of the talk of weather patterns did go over my head but it didn’t effect my enjoyment of Ill Wind one bit. The ending has me itching to pick up the next book as soon as I possibly can!

I find that as a Warden, it pays to drive something aerodynamic and fast that the wind will have a hard time shoving over a cliff. Just because I can control the weather-- with the proper focus-- doesn’t mean the weather likes it, or that it won’t decide to screw with me at the most incontinent times. In my business, we not only understand chaos theory, but we totally abide by it, as well. Chaos happens. Plan for speed.

People talk about nature as a mother, but to me she’s always been Medea, ready and willing to slaughter her children.

There was no way I wanted to bring my problems into that world. That world didn’t know the sunshine was provided for them, just like the rain, or that somebody had to protect them daily from the fury of the earth and the weather.
It was a nice world to visit, even if I couldn’t live there.

First Paragraph: Well, thank God this is about over, I thought as I drove-- well, blew-- past the sign that marked the Westchester, Connecticut, city limits. Traffic sucked, not surprisingly; rush hour was still in full swing, and I had to moderate my impatience and ride the brake while I watched for my exit. Calm down. Things will be back to normal in a few more minutes.

Source: Giveaway from the Random (but not really) blog

Picture Explanations
Road: Joanne’s constantly on the go in this one… for good reason!
Storm: The main character’s ability is to control the weather and the weather doesn’t like this at all!
Lightening: Joanne met Star when she saved her from a storm that was intent on killing her
Mustang: Delilah!
Posted by Ladytink_534 at 12:01 AM