A Struggle of Good vs. Evil 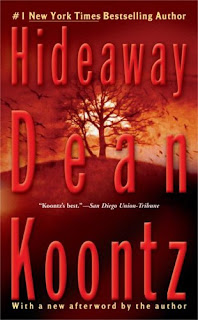 In his most profoundly felt-- and terrifying-- novel yet, Dean Koontz compels us to explore the meaning of death, the nature of sociopathic evil, and the transcendent power of love. Hideaway has the breathless pace, suspense, lyrical prose, deeply drawn characters, and surprises that readers have come to expect in a Koontz novel -- yet it is entirely fresh, breaking new ground for the author and taking the reader into the beating heart of darkness.

Although accident victim Hatch Harrison dies en route to the hospital, a brilliant physician miraculously resuscitates him.  Given this second chance, Hatch and his wife, Lindsey approach each day with a new appreciation for the beauty of life -- until a series of mysterious and frightening events brings them face to face with the unknown.  Although Hatch was given no glimpse of an Afterlife during the period when his heart was stopped, he has reason to fear that he has brought a terrible Presence back with him from the land of the dead.

When people who have wronged the Harrisons begin to die violently, Hatch comes to doubt his own innocence -- and must confront the possibility that this life is just a prelude to another, darker place.  He and Lindsey are forced to fight not only for their own survival but for that of Regina, the delightful and exceptional disabled child who has given meaning and purpose to their lives. With growing desperation, Lindsey and Hatch seek the truth along a twisted trail that leads eventually to an abandoned amusement park -- and a confrontation with purest evil.

“Expect no miracles. The dead stay dead, and the living only wait to join them,” may have been Lindsey Harrison’s motto at first but after an accident in which her husband Hatch dies for 80 minutes and is brought back to life, she starts singing a different tune. However, she and Hatch soon learn that you can’t come back from death without some consequences in Dean R. Koontz’s Bram Stoker award nominee Hideaway. About this book Koontz says, “evil can be traced to three sources: human behavior; the transmittal of sociopathic behavior through damaged genes, which is the most terrifying because it is the most arbitrary and relentless; and possible to Evil as a supernatural force… Nothing in the book prevents the reader from embracing either the totally supernatural or the more logical interpretation of events… The way you interpret it at first pass may tell you something about your own subconscious attitudes.”

Mr. Koontz said that the idea for Hideaway came to him about year after he had “read about the latest developments in resuscitation medicine.” It was an article about a child who had been technically dead for 66 minutes and came back without brain damage (it’s briefly mentioned in Hideaway actually, which made me wonder what happened to those people who were resuscitated before Hatch and if they had similar experiences as he did). Koontz said that if he “hadn’t read that piece, the idea [for this book] would never have occurred to [him].” The author did do his research and it really shows in the book, though I couldn’t pronounce half of the stuff they talked about.

The killer in the book Vassago was incredibly creepy and obviously demented and the Harrisons were good people but it was little Regina the crippled orphan who made the book. I found her very amusing and she stole all the scenes she was in, plus I also liked the lightness she brought to the story. On his website, Mr. Koontz said, “Although she isn’t the female lead, a young disabled girl named Regina is the heart of Hideaway both in terms of plot and thematic structure. She is a symbol of innocence, of purity. The antagonist, Vassago, is actually Evil personified, and like most evil with a small e and like all Evil with a capital E, he is motivated more powerfully by the desire to destroy innocence and pollute purity than he is by anything else. In a structural sense, therefore, Regina is the sun, while all the other characters are planets revolving around her. Without Regina–ten years old, disabled, charming, acerbic, funny, indomitable–the story doesn’t just collapse: it evaporates.” Because Koontz liked Regina so much and didn’t want to write a sequel to Hideaway, “a version of her later surfaced as Leilani in One Door Away from Heaven. They share the same physical disabilities and the same level of intelligence, but they really are not otherwise alike. Regina is absolute innocence, quick on the uptake but fundamentally naive." 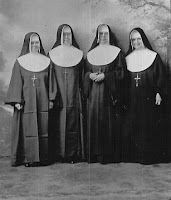 It’s interesting to see a serial killer’s thoughts on, and love of, death directly after a doctor had just explained his hatred for it. Especially later on when we see how these two characters relate to one another, which I won’t spoil for you but it’s one of the main themes throughout the book. Another thing I thought was interesting is the similarity between these two characters: Doctor Nyeborn has his collection of religious art and Vassago has his macabre sculpture collection of his victims. Hideaway was made into a movie in 1995 which stars Jeff Goldblum and Alicia Silverstone that I have not, and will not see. Dean Koontz was not happy with the film after the first screenplay he had approved had been thrown out and even offered to repay all of the money the studio had given him to have his name removed from as much of the film as he could (they only minimized the use of his name in promotion). He did write several letters to Tri-Star including one in which he said the “script has a viewpoint that is the antithesis of everything my work stands for and is offensive when it is not simply boring.” He now keeps creative control over all film adaptations of his books. 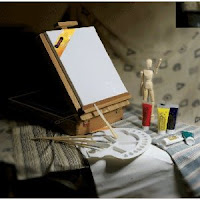 Hideaway has an interesting premise, good characters, and yet still something was off about it. I’ve read a few Dean Koontz books but nothing has ever really stuck with me, matter of fact the first one I read I absolutely loathed. I think my problem with Koontz’s books is that his bad guys have equaled, if not more “screen time” as the protagonists. You really get to get into their heads and it’s a really scary place to go. By direct contrast, all the other main characters are extremely nice, pleasant people and I think it’s too extreme of a contradiction. There’s no doubt that Dean Koontz writes good characters but there was something about Hideaway that I didn’t particularly enjoy and I really struggled to finish it.

The death of a five-year-old son had incalculable emotional weight. It pressed on the mind, quickly deflating every moment of buoyancy, crushing each new blossom of joy. Jimmy had been dead for more than four and a half years, nearly as long as he had lived, yet his death weighed as heavily on them now as on the day they had lost him, like some colossal moon looming in a low orbit overhead.

In response the glare of the car headlights, the trucker looked through his side window. Across the rapidly closing gap of night and snow, Lindsey saw nothing of the man’s face but a pallid oval and twin cherry holes where the eyes should have been, a ghostly countenance, as if some malign spirit was at the wheel of that vehicle. Or Death himself.

It was a battle. Death was the adversary: clever, mighty, and relentless. To Jonas, death was not just a pathological state, not merely the inevitable fate of all living things, but actually an entity that walked the world, perhaps not always the robed figure of myth with its skeletal face hidden in the shadows of a cowl, but a very real presence nonetheless, Death with a capital D.

Vassago had arranged each piece in his macabre collection with more than casual contemplation. They were not simply ten corpses dumped unceremoniously on the concrete. He not only respected death but loved it with an ardor akin to Beethoven’s passion for music or Rembrandt’s fervent devotion to art. Death, after all, was the gift that Satan had brought to the inhabitants of the Garden, a gift disguised as something prettier; he was the Giver of Death, and his was the kingdom of death everlasting. Any flesh that death had touched was to be regarded with all the reverence that a devout Catholic might reserve for the Eucharist. Just as their god was said to live within that thin wafer of unleavened bread, so the face of Vassago’s unforgiving god could be seen everywhere in the patterns of decay and dissolution.

“I apologize for having been so rough with you, sir, but you really didn’t give me much of a choice.” Nothing in the voice indicated that the kid was being snide or mocking. He was just a boy who had been raised to address his elders with consideration and respect, a habit he could not cast off even under circumstances such as these. The detective was gripped by a primitive, superstitious feeling that he was in the presence of an entity that could imitate humanity but had nothing whatsoever in common with the human species.

“Sometimes,” he said, “I see through this guy’s eyes when I’m sleeping, and now sometimes I can even feel him out there when I’m awake, and it’s like the psychic crap in movies, yeah. But I also feel this… this bond with him that I really can’t explain or describe to you, no matter how much you prod me about it.”

First Paragraph: An entire world hummed and bustled beyond the dark ramparts of the mountains, yet to Lindsey Harrison the night seemed empty, as hollow as the vacant chambers of a cold, dead heart. Shivering, she slumped deeper in the passenger seat of the Honda.

Source: Borrowed from my mother-in-law, paperback.
Note: Kathrine Ramsland’s biography on Dean Koontz was a big help with writing this review.


Picture Explanations
Defibrillator Machine: Hatch is dead of 80 minutes before he’s brought back
Abandoned Amusement Park: Vissago lives in an abandoned amusement park
Religious Art: Doctor Nyeborn collects these and when he gets the complete collection, donates them.
Nuns: Regina is adopted from a Catholic orphanage
Canvas: Lindsey is an artist
Posted by Ladytink_534 at 12:05 AM