The Race is On for the Grail 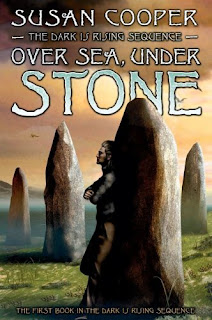 "You can search and search on a quest, and in the end you may never get there at all," Barney warned Simon and Jane. The three Drew children, on holiday in Cornwall, had found a crumbling parchment map and embarked on a hunt for ancient treasure linked with King Arthur. The treasure, which lay "over sea, under stone," was more precious than life itself, for, if found by the right people, it would help keep at bay the ancient forces of evil that were once again powerful in the world.

The children soon find themselves beset by deadly dangers that involve the local vicar as well as a curiously menacing man and his sister, who arrive in the little harbor on a gleaming white yacht. The imperiled children turn for help to their Great-Uncle Merry, a renowned scholar, who draws on his vast knowledge of ancient lore to protect them. And when the treasure is almost theirs, Barney, Simon, and Jane find themselves trapped by the rising tide between cliff and sea.

With its powerful, mystical theme, Over Sea, Under Stone begins Susan Cooper's award-winning sequence, The Dark is Rising.

The only book in the Dark is Rising Sequence that Susan Cooper wrote before she left England (written for a publishing company competition) to live in the United States, Over Sea, Under Stone is the first book in a five part award-winning series but it’s more of a prequel and the fantasy elements that are much more prevalent in the later books are only hinted at here. This entire series is clearly a struggle between good and evil with Arthurian lore and other British mythology thrown in. The author said she had intended for this book to be an adventure tale “but magic kept creeping in.”

Ms. Cooper said, “Once I was writing fantasy, I don't think I really thought about it. I just felt I'd come home. You don't say to yourself, I am writing fantasy. You don't even say to yourself, I am writing for kids. You just tell the story.” In this book the Drew children- Simon, Barney, and Jane- find an extremely old map in the attic of the house their Great-Uncle Merry (Gumerry) is renting in Trewissick which is in Cornwall, England. The map is supposed to lead to a grail from King Arthur’s era and is said to have answers about who the Pendragon was and will be again. Trewissick is actually a fictional place based on a village in southern Cornwall called Mevagissey. There are several bad people after the map and the treasure and they are just the latest in a long line of people who have been looking for it then the bad guys learn of the existence of the map and the race is on! Surprisingly, the quest wasn’t all that long but I thought the clues were clever.

The plot is awesome but I had problems with the main characters at first. I’m sure I would have liked them immediately if I had read this when I was younger though. They’re normal children but with their imaginations and silly sibling squabbles, they were a little boring but once I got in the proper mindset and got to know them is when I really started enjoying the story. The boys seemed better written than Jane did at times though. Susan Cooper has said that she wishes she had spent more time developing their characters in this book, even calling them “corny kid’s book characters” but supposedly they all become more developed throughout the course of the series. That the Drew children’s ages are never mentioned is something I did notice in this book. Though they seem young and Simon is the eldest by eleven months from Jane, which makes Barnabas (Barney) the youngest. None of them seem over the age of 12 though. The time period isn’t specifically stated either but if I had to guess I would say 1920’s to maybe the 1930’s though it could honestly be earlier than that but not by too much since there are cars. 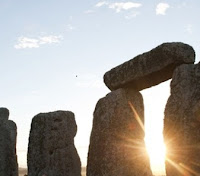 What I found frustrating that we don’t really know the enemy’s motive (and goodness! Just about everyone seems bad) but the author has Simon explain in a way: “Well”-- Simon wrinkled his forehead, trying to remember what Great-Uncle Merry had said on the first day-- “it’s the grail they want, isn’t it? Because it stands for something, somehow. And that’s why Gumerry wants to find it as well. It’s like two armies fighting in history. You’re never quite sure what they’re actually fighting about, but only that one wants to beat the other.” The author said, “The struggle between the Light and the Dark in my books has more to do with the fact that when I was four World War II broke out. England was very nearly invaded by Germany, and that threat, reinforced by the experience of having people drop bombs on your head, led to a very strong sense of Us and Them. Of course Us is always the good, and Them is always the bad.” 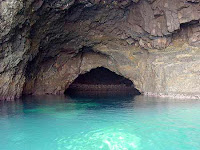 When I started reading this I had no idea of what to expect because I hadn’t read this when I was younger nor did I see the film adaptation of the second book that came out recently. I remember the previews looked interesting though. I was pleasantly surprised with Over Sea, Under Stone and while it did at times bring to mind the feel of The Lion, the Witch, and the Wardrobe and the kids strongly reminded me of Disney’s adaptation of Bedknobs and Broomsticks, it was incredibly unique. This story does start off incredibly slow but I really liked the ending. However, I do see why some people skip this book in the series and go on to the sequel, including Hollywood with their 2007 release The Dark is Rising: The Seeker.

Although he was not her real uncle, but only a friend of her father, he had been close to the family for so many years that it never occurred to them to wonder where he had come from in the first place.

Nobody knew very much about Great-Uncle Merry, and nobody ever quite dared to ask. He did not look in the least like his name. He was tall, and straight, with a lot of very thick, wild, white hair. In his grim brown face the nose curved fiercely, like a bent bow, and the eyes were deep-set and dark.

How old he was, nobody knew. “Old as the hills,” Father said, and they felt, deep down, that this was probably right. There was something about Great-Uncle Merry that was like the hills, or the sea, or the sky; something ancient, but without age or end.

Ever since he had learned to read, Barney’s greatest heroes had been King Arthur and his knights. In his dreams he fought imaginary battles as a member of the Round Table, rescuing fair ladies and slaying false knights. He had been longing to come to the West Country; it gave him a strange feeling that he would in some way be coming home.

“You can search and search, on a quest, and in the end you may never get there at all.”

“Oh honestly, Jane,” Simon said. “You can’t find a treasure map and just say, ‘Oh, how nice,’ and put it back again. And that’s what they’d make us do.” “Oh well,” Jane said doubtfully, “I suppose you’re right. We can always put it back afterwards.”

“You remember the fairy stories you were told when you were very small-- ‘once upon a time…’ Why do you think they always began like that?” “Because they weren’t true.” Simon said promptly. Jane said, caught up in the unreality of the high remote place, “Because perhaps they were true once, but nobody could remember when.” Great-Uncle Merry turned his head and smiled at her. “That’s right. Once upon a time… a long time ago… things that happened once, perhaps, but have been talked about for so long that nobody really knows. And underneath all the bits that people have added, the magic swords and lamps, they’re all about one thing-- the good hero fighting the giant, or the witch, or the wicked uncle. Good against bad. Good against evil.”

“This is your quest,” he said. “You must find the way every time yourselves. I am the guardian, no more. I can take no part and give you no help, beyond guarding you all the way.”

Straight as an arrow the long white road of the moon’s reflection stretched towards them across the surface of the sea, like a path from the past and a path to the future; at its edges it danced and glimmered as the waves rose beneath the wind.

First Paragraph: "Where is he?"
Barney hopped from one foot to the other as he clambered down from the train, peering in vain through the white-faced crowds flooding eagerly to the St. Austell ticket barrier. "Oh, I can't see him. Is he there?"

Related Reviews
Arthurian
The Sword in the Stone (1963)

Picture Explanations
All are locations in the book
Posted by Ladytink_534 at 10:16 PM