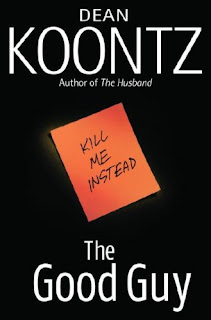 Timothy Carrier, having a beer after work at his friend’s tavern, enjoys drawing eccentric customers into amusing conversations. But the jittery man who sits next to him tonight has mistaken Tim for someone very different- and passes to him a manila envelope full of cash.

“Ten thousand now. You get the rest when she’s gone.”

The stranger walks out, leaving a photo of the pretty woman marked for death, and her address. But things are about to get worse. In minutes another stranger sits next to Tim. This one is a cold- blooded killer who believes Tim is the man who has hired him.

Thinking fast, Tim says, “I’ve had a change of heart. You get ten thousand- for doing nothing. Call it a no- kill fee.” He keeps the photo and gives the money to the hired killer. And when Tim secretly follows the man out of the tavern, he gets a further shock: the hired killer is a cop.

Suddenly Tim Carrier, an ordinary guy, is at the center of a mystery of extraordinary proportions, the one man who can save an innocent life and stop a killer far more powerful than any cop… and as relentless as evil incarnate. But first Tim must discover within himself the capacity for selflessness, endurance, and courage that can turn even an ordinary man into a hero, inner resources that will transform his idea of who he is and what it takes to be The Good Guy.

Author Dean Koontz published his first novel 40 years ago then went on to write under more than ten different pseudonyms because he enjoyed switching genres so much. It wasn’t until the 1980s that he started

publishing mainly under his own name though. Although he has written everything from horror to science fiction to even satire, Koontz is known mainly for his suspense thrillers like The Good Guy- which was his first book published in 2007.

When it comes to the “horror” genre, Stephen King has always been my particular poison so once I had read just about everything he had written; I went searching for another author to help fill the gap. After hearing from many people that Dean Koontz was a lot like King I gave him a try and was extremely disappointed. Nearly ten years have passed so when one of my 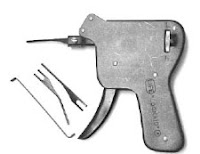 online book groups nominated this book I was willing to let bygones be bygones and try him out again. While I can’t say I disliked it, I didn’t enjoy it too much either for one simple reason: the killer was too creepy. Weird, I know but the killer, psycho, nut-job was creepy-scary and seemed more real than the main characters.

That's not to say that I didn't like Linda and Tim because I did. Linda's personality and Tim's aura of mysteriousness are two of the main reasons I continued reading the book. The other being of course, what Linda did to provoke someone enough to hire a hitman, what her secret is, and what Tim used to do for a living (which I was able to guess before too much longer)?

but the particular psychopath is this book makes my skin crawl- and not in a Dexter or Hannibal way- I wouldn't want to meet either but they‘re interesting. Krait makes me uneasy. He’s ordinary-looking but he’s not even recognizable as a human on the inside and to be honest, visiting the mind of that nut job (the narratives switch between characters) made me want to take a shower afterward! I know that only a truly talented author could make me feel this way but I just didn’t like reading what he thought and witnessing him killing innocent people. Sometimes I really didn't like the book but sometimes I did and I was very pleased with the ending. I might change my mind about reading another book by Koontz after all…

Picture Explanations
1939 Ford Coupe: Linda owns one of these and it sits in the middle of her kitchen.
Lock-aid: Krait uses one of these to get into places
Marlin: Tim's friend Pete Santo lives in a house with "a shy dog named Zoey and a dead fish named Lucille."
Posted by Ladytink_534 at 2:33 PM