Moonlight Becomes You So 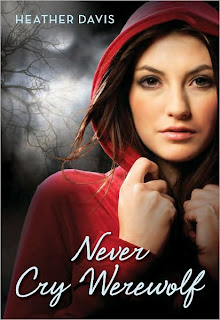 "Moonlight can totally change your life. And it all starts so simply. You. Him. The moon. You’re toast."

Okay, so maybe Shelby has made a few mistakes with boys lately (how was she supposed to know Wes had "borrowed" that Porsche?). But her stepmother totally overreacts when she catches Shelby in a post-curfew kiss with a hot senior: Suddenly Shelby's summer plans are on the shelf, and she's being packed off to brat camp. It's good-bye, prom dress; hello, hiking boots.

Things start looking up, though, when Shelby meets fellow camper (and son of a rock star) Austin Bridges III. But soon she realizes there's more to Austin than crush material—his family has a dark secret, and he wants Shelby's help guarding it. Shelby knows that she really shouldn't be getting tangled up with another bad boy . . . but who is she to turn her back on a guy in need, especially such a good-looking one? One thing's for sure: That pesky full moon is about to get her into trouble all over again.

The shortest way to summarize Heather Davis’ Never Cry Werewolf is this: a cute girl named Shelby Locke whose widowed father became rich landed a gold-digger that wants her out of the house. They’re sending her to brat camp where she meets a boy that they definitely won’t approve of if they knew his secrets. Most of the plot is a bit of a cliché and somewhat predictable but fairly good for an author’s debut novel. 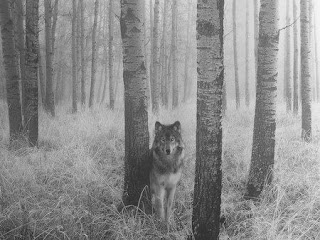 Never Cry Werewolf as you may have guessed has a werewolf in it but other than that, it’s mostly a normal teen fiction of not getting along with your parentals and learning that there is consequences for your actions. Even without the supernatural element I liked it though I quickly learned that a good bit of the dialogue (and inner monologue) make the teenagers sound even younger than their age which is 16 for Shelby and who knows for the rest of them. Also, did anyone else find Shelby a little whiny? She wasn’t horrible or anything, just a little annoying at times. The rest of the characters were great even if I never felt like I got to know or really connect with Shelby but I knew I would adore the boy when he was first introduced as the son of a rock star ‘rebel troublemaker common to every school’ but when he opened his mouth and a British accent came out… yum! I’m surprised at how much I did like Austin though since I’m not really a fan of werewolves and I make very few exceptions.

All in all, I liked it. It was a clean little fluff book that only took me a few hours to read. It could have been better and I have to concur with all the other reviewers out there about that but I’m definitely still curious about that interesting ending, especially since it doesn’t look like there is going to be a sequel any time soon. The author did say she still has a lot more to tell about Austin and Shelby but it‘s been a little while since she published this and she has a totally different book coming out soon. What I would like to see is something told from Austin’s point of view. He was much more interesting than Shelby!

All of a sudden, the entire line of kids clustered around me, talking about Re-Gen. Ariel hung back,  seeming to be the only one not interested in Dad’s plastic surgery drug. Meanwhile, everyone was chattering about their parents’ plastic surgeons or someone they knew who wanted Re-Gen. It was creepy. At least at my school, everyone was over everyone else’s fame or money or whatever.

Meanwhile, Vince was starting to freak. “What idiots! Charles is from Palo Alto, what does he know about the woods? I mean, camp sucks, but it’s not worth risking your life. And what’s up with the British dude? They’re gonna get eaten by a bear or something.”

The growling started again, sounding closer.Crap. Something *was* following me. Something  that thought I looked delicious and didn’t know about my bladder issues. I was so dead. I was going to literally pee my pants and die. Or be eaten-- which is totally worse.

“She sent me here to get rid of me. I guess I really am normal.”Ariel shrugged, and we started walking again. “You know, I don’t think anyone is normal anymore,” she said. “Everyone’s got something weird about them. Something they think they ought to hide.”

Austin glanced away, toward the campfire, and then, turning back to me, said, “Shelby, I’m a lycanthrope. What you’d call a werewolf. It runs in my family.”I swear my ears started ringing. “Holy crap. I thought you said you were a *werewolf*. What is wrong with my ears?”

“I’ve had too many of these ‘trust me’ talks lately in my life,” I said. “I don’t trust you. I don’t trust anybody. I don’t even trust myself.” Ooh, that was weird to say aloud. I wondered where that’d come from, but somehow I knew deep down it was so true.

First Paragraph: Moonlight has special powers. Even in Beverly Hills, where everything sparkles whether it's real or fake, there's something magic about that big full moon. It can make you act crazy, take a risk you'd never consider in the daylight, or even fall completely head over heels. Moonlight can totally change your life. And it all starts so simply.