No One Cares Except the Hitwoman 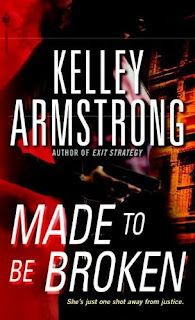 The author of the acclaimed Women of the Otherworld series returns with her latest novel featuring an exciting heroine with a lethal hidden talent. This time she’s hot on the trail of a young woman no one else cares about—and a killer who’s bound to strike again.

Nadia Stafford isn’t your typical nature lodge owner. An ex-cop with a legal code all her own, she’s known only as “Dee” to her current employer: a New York crime family that pays her handsomely to bump off traitors. But when Nadia discovers that a troubled teenage employee and her baby have vanished in the Canadian woods, the memory of a past loss comes back with a vengeance and her old instincts go into overdrive.

With her enigmatic mentor, Jack, covering her back, Nadia unearths sinister clues that point to an increasingly darker and deadlier mystery. Now, with her obsession over the case deepening, the only way Nadia can right the wrongs of the present is to face her own painful ghosts—and either bury them for good, or die trying. Because in her book everyone deserves a chance. And everyone deserves justice.

Canadian-native author Kelley Armstrong has made a huge hit with her Women of the Otherworld series and recently with the Darkest Powers young adult series set in the same world as well. However, she also has a couple of other books that aren’t quite as well known though you won’t find anything supernatural in them. Featuring the ex-cop turned wilderness lodge owner/ hitwoman Nadia (Dee on the job) Stafford, there are currently only two books this series: Exit Strategy and Made to Be Broken, which was published two years later but takes place 6 months after the end of the previous book. There is a bit of a set up for a third novel though it hasn’t been announced as of yet.

The plot may not be quite as good in Made to Be Broken but there is much more character development here. We learn more about Nadia’s and Jack’s past, Quinn’s real life (and name), that Jack may just have romantic feelings towards Nadia, and a bit about just how far Nadia’s willing to push her personal line when it comes to killing the bad guys (though I expect it will be further pushed in future books). Evelyn even shows up for a token appearance a few times in the book (I could totally see Maggie Smith or Helen Mirren playing her if this was ever adapted for film) and though we don’t learn much more about her personally, she does seem a bit more driven to make Dee her protégé than she did before.

At the beginning, I had a hard time really caring what happened to single teenage mother Sammi since I really didn’t care for her in the first place but then again, Nadia didn’t like her either. Of course, we learn very quickly that the reported sounds of a cougar nearby were actually Sammi screaming which leads Nadia to find her body buried in the woods, professionally killed and her baby was missing. This piqued my interest but I was much more into the story when Nadia starts to draw parallels between Sammi and Amy (we finally get to ‘meet’ her) that makes her more determined to discover what happened to Sammi and her baby and make them pay. The secondary plotline that comes over from the first book about what happened to Nadia’s cousin Amy is what I believe really drives Nadia do what she does. She wasn’t able to save her cousin Amy from being raped and killed when they were kids (she has really bad night terrors about it in both books but it gets worse here) and she still harbors guilt over that. Mostly what happened to Amy and Nadia was just alluded to in the previous story but it’s explored a bit more in Made to Be Broken. 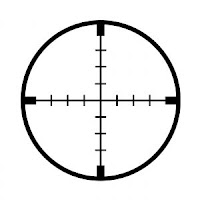 Kelley Armstrong is never a slouch when it comes to amazingly vivid characters.  Even the people who just pop into this book for a few pages like Emma and Owen; Nadia’s caretakers for the lodge, or even the nasty guests that she has to deal with that I think she should have taken Jack up on his offer to kill them and bury them in the woods. What I really love is her main characters though none of them are ever really described, not even Nadia really. They all have such interesting persona's and personalities. Jack is one of the best characters in this book so I love the romance angle that Armstrong tries to hint at (I really think Evelyn was right) and I hope she continues what she seems to have been trying to set up in the next book whenever that is published.

Numerous people said that Made to Be Broken is better than Exit Strategy, in my humble opinion, they lied. Not that this was a bad book, it was pretty great (does Kelley Armstrong even write bad books?) however it wasn’t quite as good as the previous one. I will admit that the teen mother killing, baby kidnapping angle was interesting but it just doesn’t beat professional hitman turned serial killer. I think my main problem was that in Exit Strategy, Nadia got to slip into her alter ego Dee to catch and kill the bad guy where here, they are on Nadia’s turf for the “case” this time which means she has to play it a little safer.  Thinking about there being professional hitman out there of Dee and Jack’s caliber gives me the creeps. It certainly makes me want to be even nicer when I interact with strangers!

Most people in my profession would have a problem partnering with a cop, even one moonlighting as a hitman. I didn’t. I came from a long line of law-enforcement officers. My life goal had been to join that family tradition. And I had… until seven years ago, when I shot a suspect point-blank, made national headlines, and saw my life crash and burn.

There are many names for what I do. Want to channel your inner Godfather? Go for hatchet man or hired gun. Prefer an air of legitimacy? Try professional killer or contract killer. Add an air of mystery and intrigue? Use assassin. I like it plain and simple. Hitman. Hitwoman or even hit-person, if one wants to be PC, but if you ask me, “politically correct” and “killer” are two terms never meant to go together.

“That’s just it. No one’s interested. Her mother’s a real piece of work, so no big shock there, but nobody in town seems to care. These aren’t bad people. If it was Tess or Kira or any of the other girls in town, there would be search teams combing the forests. But with Sammi it seems like, even if something did happen, it’s…” I fumbled for words.“Expected.”I nodded. “Like she was heading that way all her life. Made to be broken.”

For a professional killer, the line between caution and paranoia can be hard to find. One could argue that it doesn’t exist at all. Every hint of threat is worthy of investigation.It’s not like robbing the corner store of dealing drugs behind the lodge. If I’m caught, I’ll never see the outside of a prison. That’s the cost of a job that pays the equivalent of a constable’s annual salary for a couple of four-day stints in New York every year.

“What epiphany? That you like killing bad guys? That it makes you feel good? Tell me something I don’t know. Something you don’t know.

After another minute came the faint sound of footsteps on the stairs. Now she needed to check who it was. There wasn’t a peephole. In this neighborhood, populated with upper-middle-class retirees, I’m sure there were lots of peepholes. But Evelyn would never get one installed for fear she’d be mistaken for something a lot worse than a cautious retired criminal: a nervous little old lady. And, besides, peepholes? This was the twenty-first century. For Evelyn, nothing short of a wireless, motion-detecting, auto tracking closed-circuit camera would do.

First Paragraph: Below the belfry, the city sparkled, the late afternoon sun glinting off the skyscrapers, every surface dripping from a brief shower. A spectacular view… even through the scope of a sniper’s rifle.


Picture Explanations
Lodge Deck: This could be the deck of Nadia’s wilderness retreat Red Oak up in Canada.
Baby: Teenage mothers are being killed for their children
Sniper Scope: Nadia aka Dee, is a hit woman
Holding Hands: Two words: blackmarket babies.
Posted by Ladytink_534 at 2:24 PM