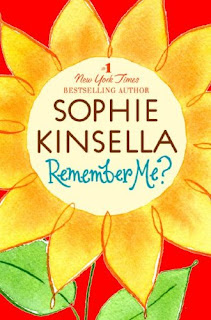 When twenty-eight-year-old Lexi Smart wakes up in a London hospital, she’s in for a big surprise. Her teeth are perfect. Her body is toned. Her handbag is Vuitton. Having survived a car accident- in a Mercedes no less- Lexi has lost a big chunk of her memory, three years to be exact, and she’s about to find out just how much things have changed.

Somehow Lexi went from a twenty-five-year-old working girl to a corporate big shot with a sleek new loft, a personal assistant, a carb-free diet, and a set of glamorous new friends. And who is this gorgeous husband- who also happens to be a multi-millionaire? With her mind still stuck three years in reverse, Lexi greets this brave new world determined to be the person she... well, seems to be. That is, until an adorably, disheveled architect drops the biggest bombshell of all.

Suddenly Lexi is scrambling to catch her balance. Her new life, it turns out, comes complete with secrets, schemes, and intrigue. How on earth did all this happen? Will she ever remember? And what will happen when she does?

day that she would like to try out a new “voice” and a different kind of writing style. In 2001, she did just that under the pen name Sophie Kinsella. Classified as a “chick-lit” author, Ms. Wickham/ Kinsella’s popular Shopaholic series (there are currently 5) has captivated readers everywhere. In addition to her series, Kinsella also writes almost equally popular stand-alone novels the most recent of which was Remember Me? published earlier this year. 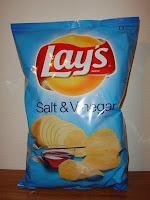 I’ve read my share of amnesia novels and I was expecting Lexi Smart’s story to be just like the others and in some ways it is but it most definitely has Sophie Kinsella’s special touch to it. The one word that sums up the whole book is predictable but it was still an entertaining read. Not as good as her other stand-alones like Can You Keep a Secret? and The Undomestic Goddess but interesting and funny all the same. Although to be truthful, there are some awkward and embarrassing moments that are certainly cringe-worthy!

All that said I actually did like Lexi (a whole lot more than Kinsella’s shopaholic fiend Becky) and her bizarre situation. Poor 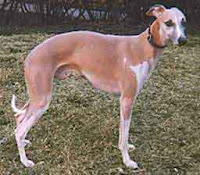 girl! Can you imagine just losing three whole years of your memories? Meanwhile you’ve had a dramatic makeover and don’t even recognize yourself, not to mention the fact that you’re married to someone you don’t have the faintest clue about. No matter how cliché the book was in parts, you certainly have to give props to the author for pulling this off realistically.

While I can’t say I’m a huge fan of Sophie Kinsella because although I’ve read the first three books in her Shopaholic series (which are being adapted into a movie starring Isla Fisher to be released in February 2009), I got tired of her main heroine after a while. Luckily for me this very talented “chick-lit” author also writes stand-alone novels like this one every few years with all new heroines… who all have new problems to overcome.