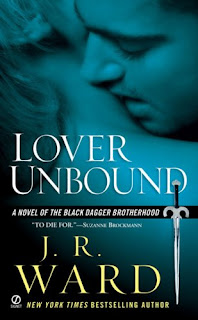 In the shadows of the night in Caldwell, New York, there’s a deadly war raging between vampires and their slayers. And there exists a secret band of brothers like no other—six vampire warriors, defenders of their race. Now, the cold heart of a cunning predator will be warmed against its will…

Ruthless and brilliant, Vishous, son of the Bloodletter, possesses a destructive curse and a frightening ability to see the future. As a pretrans growing up in his father’s war camp, he was tormented and abused. As a member of the Brotherhood, he has no interest in love or emotion, only the battle with the Lessening Society. But when a mortal injury puts him in the care of a human surgeon, Dr. Jane Whitcomb compels him to reveal his inner pain and taste true pleasure for the first time – until a destiny he didn’t choose takes him into a future that cannot include her…

Not too many new things have been done with the extremely trendy vampire paranormal romance genre recently until one struggling writer decided to sit down and write a book “just for herself”. Her name was Jessica Bird (under which she has published some contemporary

romance) but she would soon become known as the best-selling and award-winning author J. R. Ward thanks to her immensely popular Black Dagger Brotherhood series. It has only been three years since she wrote the first book about this group of elite vampire warriors (who fight the evil Lessening Society to protect their race and their loved ones) but already six of the Brother’s stories have been published. The most intelligent and gifted/ cursed Brother is Vishous and his story is told in the fifth book Lover Unbound.

After I had finished the first four stories in this series (that I had read one right after another), I wasn’t able to get around to reading the fifth book for about a month because of the waiting list at the library. In the meantime, I read a lot of mysteries and a few other genres but I never stopped thinking of the Brothers (no, they aren‘t really related, they‘re “brothas from other Mothars“, as they would put it, which is also my only turn-off about the books). 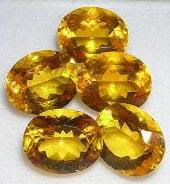 (Wrath is the Blind King, Rhage has an inner demon, Zsadist is a former blood slave, Vishous can sometimes see the future and can vaporize things with his hand which he has no control over, etc.) but although I loved each and every one of them, I still have my favorites: Rhage or Hollywood as he is known, Zsadist, and now Vishous. I also really like Rhevenge but he’s not a Brother… at least not yet.

I was a little surprised to learn that Ward had a hard time with Lover Unbound (V is a very reserved person but has opened up a lot thanks to Butch) because the book flows incredibly well. The entire series is told through various perspectives and I usually enjoy all of the little side plots (they are essential to the overall story arc of the Brotherhood’s war with the Lessening Society as well as some of the other character’s development) but this book was the first time that I became annoyed whenever the book moved away from it’s main two characters. I could hardly wait to learn what would happen next to Jane and V! I have to admit that I wasn’t very pleased with the ending and I thought it a little strange (innovative, but still strange), however I couldn’t see any other way for it to have ended.