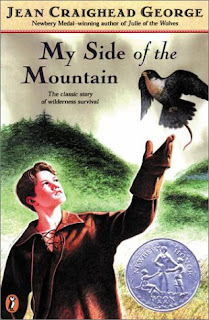 Sam Gribley is terribly unhappy living in New York City with his family, so he runs away to the Catskill Mountains to live by himself. With only a penknife, a ball of cord, forty dollars, and some flint and steel, he intends to survive on his own. Sam learns about courage, danger, and independence during his year in the wilderness, a year that changes his life forever. 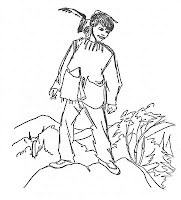 ide of the Mountain. Like the majority of her books, this story deals "with topics related to the environment and the natural world" and also of living off the land. Sam’s story is completely made up by the author and “his adventures are the fufillment of that day long ago when [she] told [her] mother [that she] was going to run away, got as far as the edge of the woods, and came back… but not Sam.” Growing up with a father who was both a naturalist and a scientist, Ms. George learned at an early age many of the things Sam learns from books as well as trial and error in his quest to live off the land. 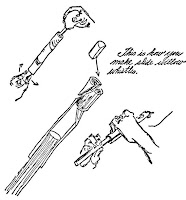 “With ideas coming fast, the first draft [of My Side of the Mountain] was done in two weeks. Five revisions later, it was finished and off to the publisher,” but the author almost wasn’t able to get it published as the publisher didn’t believe that children should be encouraged to leave home. However, he soon changed his mind when he realized that “it was better for children to run to the woods than the city.” Even if they aren’t ill-treated (like Sam), there are quite a fe 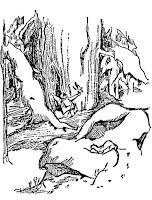 w kids who want to run away from home and some did after they read this story. I doubt they lasted as long as Sam does nor do they have an adventure quite like his either.

Learning to live with the weather and living by learning animal and bird habits, Sam survives and thrives in the wilderness and that is what makes this story so magical even today. I stumbled across this book for the first time in middle school and just loved how the author makes you feel like you’re on the adventure too. Several years later I had forgotten everything but Sam and ‘Bando’ making the clay jars and blueberry jam so re-reading this 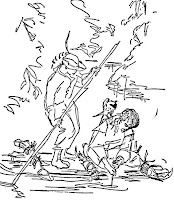 story again was like reading it for the first time. Becoming reacquainted with Baron Weasel again who is “a fearless wild animal” with “something human about his beady glance” and seeing Sam train Frightful were some of the very best parts that I can’t believe I had forgotten them!

This clever book was recognized by several prestigious children’s book awards like the Hans Christian Anderson International award, and the ALA too, however most importantly, it was nominated for the Newbery award in 1960. Nine years later it even became a film set in Toronto, Ontario and Sam runs away to the Laurentian Mountains in the adapted version instead of The Catskills like in the book. Sam’s adventure inspired people everywhere to appreciate nature and many environmentalists today read it when they were children. It took the author until 1991 that she began to write sequels to her Newbery Honor book and so far there are four. Although none of them could ever hope to measure up to the original, they should still help keep interest alive in it and the 2007 release is probably going to be the last one.

Jean Craighead George dedicated My Side of the Mountain “to many people-
to that gang of youngsters who
Inhabited the trees and waters of the
Potomac River so many years ago, and
to the bit of Sam Gribley in the
Children and adults around me now.”

First Paragraph: I am on a mountain in a tree home that people have passed without ever knowing that I am here. The house is a hemlock tree six feet in diameter, and must be as old as the mountain itself. I came upon it last summer and dug and burned it out until I made a snug cave in the tree that I now call home.