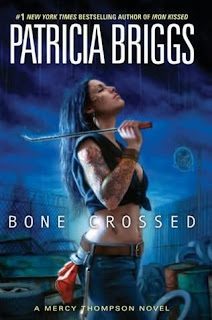 Welcome to Patricia Briggs's world, a place where "witches, vampires, werewolves, and shapshifters live beside ordinary people" (Booklist). It takes a very unusual woman to call it home-- and there's no one quite like Mercy Thompson.

By day, Mercy is a car mechanic in the sprawling Tri-Cities of Eastern Washington. By night, she explores her preternatural side. As a shapshifter with some unique talents, Mercy has often found herself having to maintain a tenuous harmony between the human and the not so human. This time she may get more than she bargained for.

Masilia, the local Vampire Queen, has learned that Mercy crossed her by slaying a member of her clan-- and she's out for blood. But since Mercy is protected from direct reprisal by the werewolf pack (and her close relationship with the sexy Alpha), it won't be Mercy's blood Marsilia is after.

It'll be her friends'.

starring Mercedes (Mercy) Thompson and she continued to gain fans with each new story. Three years later, Ms. Briggs’ mechanic coyote skinwalker heroine with the complicated love life finally received her due recognition when the fourth book Bone Crossed was published in hardcover.

"One of the important things about urban fantasy is that you ask the readers to believe this big whopper, that there are vampire

s and werewolves in the real life- at least I hope it's a big whopper- that there are vampires and werewolves in the real world. You have to set it in a really real setting and that's where the "urban" part of urban fantasy comes in." Urban fantasy is a particularly favorite sub-genre of mine and the Mercy Thompson series is one of the best. That's not to say that I haven't had problems with it though, especially the previous book, Iron Kissed. It was just as intriguingly written as the Moon Called and Blood Bound however there was quite a bit of more unpleasantness to it than I had expected. Fortunately, in Bone Crossed the characters don't 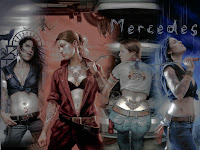 dwell on things very much but continue to move forward.

With each novel Mercy has somehow managed to make someone powerful angry and with Bone Crossed that’s no exception. However she has good friends and allies that have managed to pull her tail out of the fire in the nick of time again. Fans of the series will be happy to know that Stefan, the Scooby-Doo- loving vampire has a more dominant part in this story too.

Altogether, a lot of things happen during this book- way too many to name and even harder to remember months later after I’ve read it. This latest Mercy book was incredibly good and I can't wait for the next one Silver Borne. Until then, I may just have to refresh my memory by reading this awesome series again.