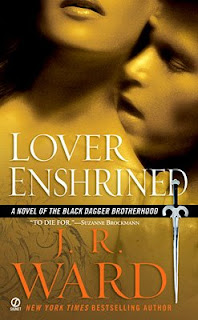 In this “frighteningly addictive”* paranormal romance saga, there’s a war raging between vampires and their slayers. Here are the stories of a secret band of brothers like no other-- six vampire warriors, defenders of their race. And now a dutiful twin must choose between two lives…

Fiercely loyal to the Black Dagger Brotherhood, Phury has sacrificed himself for the good of the race, becoming the male responsible for keeping the Brotherhood's bloodlines alive. As Primale of the Chosen, he is obligated to father the sons and daughters who will ensure that the traditions of the race survive, and that there are warriors to fight those who want all vampires extinguished.

As his first mate, the Chosen Cormia wants to win not only his body but his heart for herself. She is drawn to the noble responsibility behind the emotionally scarred male. But Phury has never allowed himself to know pleasure or joy. As the war with the Lessening Society grows grim, tragedy looms over the Brotherhood's mansion, and Phury must decide between duty and love…

J.R. Ward’s paranormal romance adventure series about the members of the Black Dagger Brotherhood (who are vampire warriors that protect other vampire 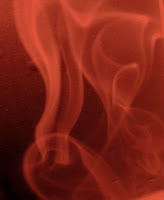 citizens from a group of bad guys known as The Lessening Society) has finally- after three years- reached the sixth book and Brother. Lover Enshrined features the last official Brother, Phury (Zsadist from Lover Awakened’s twin) who is also one of the most broken. As with all the others, there are several subplots but it is mainly Phury and Cormia’s story.

All of the Brother’s are broken in their own way: Wrath, the King (from Dark Lover) is blind, Rhage (from Lover Eternal) is cursed with a type of dragon-beast he turns into, Vishous’ (Lover Unbound) hand can burn and melt anything so he has to constantly keep it gloved, Zsadist (Lover Awakened) who was kidnapped as a child and was mentally, sexually, and physically abused- until Phury rescued him-- and those are just to name a few. The author has stated on several occasions that her 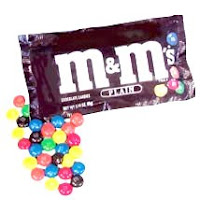 favorite Brother is Zsadist (he’s one of mine too) and even though he is Phury’s twin, Phury himself has never really crossed my radar. Since it‘s a book, I kept picturing him as an individual and not a twin- both twins are very complicated people however I agree that it was more than time for Phury to stop trying to be perfect. The savior, the Primale, the person who never says boo to anyone (yet still manages to come off as whiny), like Zsadist said, “Get off the cross” already!

way or the other for Phury or Cormia I’ll admit that I had low expectations for Lover Enshrined. I was pleasantly surprised with the main characters but the subplots were the best part although Cormia’s first movie experience (and first taste of chocolate) was a great addition to the story to balance out some of the bad things that happen in the book.

I’ve enjoyed this series a lot and not just because it’s main characters are vampires either. Ward’s books are truly interesting and truthfully, since the author has made her vampires so different it’s sometimes quite easy to forget that is what they are. Rhevenge’s story is next and through the subplots in each book, the audience has discovered quite a lot about him so I’m looking forward to reading Lover Avenged when it comes out!

Black Dagger Brotherhood pr n. Highly-trained vampire warriors who protect their species against the Lessening Society. As a result of selective breeding within the race, Brothers possess immense physical and mental strength as well as rapid healing capabilities. They are not siblings for the most part and are inducted into the Brotherhood upon nomination by the Brothers. Aggressive, self-reliant and secretive by nature, they exist apart from civilians, having little contact with members of the other classes except when they need to feed. They are the subject of legend and the object of reverence within the vampire world.

vampire n. Member of a species separate from that of homo sapiens. Vampires must drink the blood of the opposite sex to survive. Human blood will keep them alive, though the strength does not last long. Following their transitions, which occur in their mid-twenties, they are unable to go out into sunlight and must feed from the vein regularly. Vampires may not 'convert' humans through a bite or transfer of blood, though they are in rare cases able to breed with the other species. Vampires can dematerialize at will, though they must be able to calm themselves and concentrate to do so and may not carry anything heavy with them. They are able to strip the memories of humans, provided such memories are short term. Some vampires are able to read minds. Life expectancy is indeterminate.

Picture Explanations
Red Smoke: Phury's drug of choice
M&M's: Cormia's first taste of chocolate
Adirondack Mountains: Someone the Brothers have been looking forward have been living in these mountains.
Posted by Ladytink_534 at 4:41 PM