She’s Betting Everything On One Hot Dish 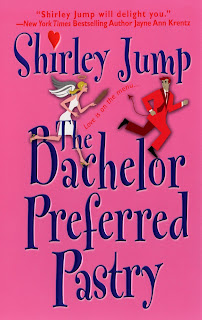 Olivia Regan is determined to make her new pastry business a success. So what that all of her marketing plans have backfired and no one, including her own family, thinks that she can succeed. What she needs is a surefire attention-getter. And snaring Daniel Worth-- the sexiest, most eligible bachleor in Boston-- by bidding on him at a highly visible auction is the way to go. Using Daniel’s celebrity to promote her business will be a piece of cake-- if she can resist his considerable charms…

Daniel Worth inherited his considerable wealth, good looks, and playboy ways from his father and grandfather. He’s never had to buckle down and work at anything in his life, and he doesn’t imagine charming Olivia will be any different. But something about Olivia’s never-say-die attitude stirs Daniel’s own dreams. The girl may attract disaster like his family does money, but she’s brave, smart, and downright adorable. She’s also the only person he’s never been able to buy. And soon, Daniel’s got a new idea: walking away from his fortune to become his own man and prove to Olivia that he’s the best investment she’ll ever make…

She’s a firecracker, he’s a multi-millionaire playboy and yet, in spite of that (or maybe partly because of it) Olivia and Daniel find themselves inextricably drawn to one another in Shirley Jump’s fourth Romance with Recipes (which are exactly the way they sound with a recipe before every chapter) series The Bachelor Preferred Pastry. This book was a finalist for several romance writer awards.

Written in the same style as Susan Elizabeth Phillips and Jenny Crusie, Ms. Jump has created a main male character who is yummy, a main female character whom most women would love to be for at least a day, and the stories themselves are sweet yet funny! It’s not all fluff either since the snark and banter between Olivia and Daniel is half of what makes the story intriguing. The other half of what makes The Bachelor Preferred Pastry so much fun is the secondary characters, from the imposing, grumpy grandfather to the lovable butler (I kept seeing Lewiston as Michael Caine) and Olivia’s flaky sister (she’s a great believer in all kinds of things, from astrology to aliens- which she mentions a LOT) too.

Shirley Jump’s story does have a bit of a Cinderella-feel to it but I was more reminded of the movie Sabrina (no, not the witch, the movie with Audrey Hepburn and Humphrey Bogart) but only superficially since I certainly can’t see Sabrina (Hepburn) throwing a cake at Linus (Bogart)! Though the central plots have a lot in common even if Daniel is nothing like Linus (a bit more like the other brother) when it comes to the family business though. “Olivia nearly laughed at the thought of the millionaire understanding what the poor girl in the apron was 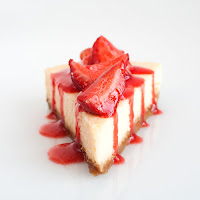 enduring. That was like Prince Charming empathizing with Cinderella’s kitchen drudgery. Maybe that had been the attraction on that ballroom floor. Both of them were suckers for the fairy tale.”

There are a couple of great twists from both characters during The Bachelor Preferred Pastry, one I saw coming and one I didn’t but the one I didn’t… it’s a doozy! This was a sweet story that does fall more into the fluff category than not but I did enjoy it immensely. For once I didn’t read the series before I started this book but since only a few blink-and-you’ll-miss-them characters from the previous books that have recipes in them appear (mostly as cameo roles), I didn’t feel the need to read those first. That’s not to say that I won’t pick them up in the future though!

“You lead, I follow. I am, after all, bought and payed for.”
“And since I paid damned good money for you, I expect to get every last dime’s worth.”
“Oh you will, Miss Reagan,” he said, bringing up the rear as they exited the room, “you most certainly will.”

First Paragraph: “Sold!” The auctioneer’s gavel came down with a final slam, and Boston’s 28th most eligible bachelor walked off the stage of the Worth Hotel ballroom-- and straight into the open arms of his new female owner.

Links:
Excerpt
Author Blog Eating My Words
Facebook Page (she has pictures of her lovely office up!)

NOTE: Recipes are included before every chapter

Souce: From my collection, bought new in 2006

Picture Explanations
Bakery: This is sort of what I pictured the bakery Pastries with Panache to look like
Cheesecake: Seems to be the stores speciality…
Posted by Ladytink_534 at 9:52 AM