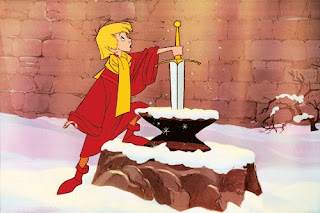 Embark on an adventure-filled quest for an unlikely hero! According to legend, only someone with honor, decency and inner strength can claim the throne of England - by pulling out the enchanted sword that lies locked in a massive stone. Many brave knights have tried, so it seems impossible that a young apprentice known as Wart could succeed. But with the guidance of the wizard Merlin, help from some hilarious friends and true strength of character, Wart just might become England's greatest king.

45 years ago, the Walt Disney Company released their 18th 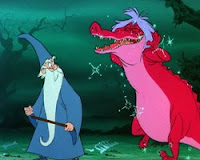 animated feature The Sword in the Stone. Based on the first book in T. H. White’s Arthurian The Once and Future King series, the 1939 book (and its other subsequent novels) had become very well loved by the time the film had been made. As with all of Disney English adaptations, the studio was taking a gamble, (Alice in Wonderland and a few others didn’t do so well during their first release) but at the time, it paid off. Not only was it one of the highest grossing films of that year but it also was nominated for an Academy Award (Best Score).

Despite the fact that this was the last animated film made before Walt Disney’s death, this funny little film eventually became just a 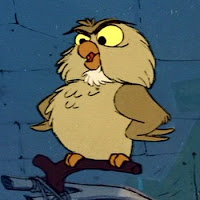 tiny blip on the radar. It isn’t considered anywhere near the caliber of the animation preceding it (101 Dalmatians in 1961) and following it (Jungle Book in 1967). Regardless of this, I’ve always enjoyed The Sword in the Stone but it isn’t (and never will be) one of my favorite Disney films. Obviously, I’m not alone in this opinion since when the anniversary addition was released there was only one disc and hardly any bonus features so I didn’t buy it when it came out. What do I want with a bunch of games for kids?! I buy the special additions for the documentaries about making the films, deleted scenes/ songs, interviews with the voice actors and the animators, artwork of the film, and of course because the sound and the picture are beautifully restored. Still I wanted to see the new DVD an 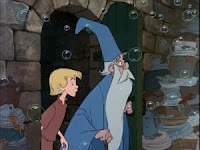 yway and I’m glad I did… I had forgotten just how amusing this is!

I thought the restoration was beautiful in both picture and sound, everything is so much crisper, especially the sound! I noticed that a lot of the voice actors in the movie have repeatedly done voice work for other Disney animated films: Narrator/ Sir Ector is the voice of Bagheera in Jungle Book & the Narrator for Winnie the Pooh and the Blustery Day, Archimedes (the owl) is voiced by Junius Matthews who is probably most famous for being the voic 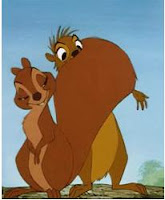 e of Rabbit in the Winnie the Pooh movies, and even Thurl Ravenscroft makes a tiny voice cameo (Tony the Tiger, "You’re a Mean One Mr. Grinch" singer), and tons of small Disney (movies and parks) parts- which is why he became a Disney Legend in 1995). It was wonderful to hear the Sherman Brothers’ songs (this was their first composition of songs for an animated movie) again too. They’ve been my favorite composers for as long as I can remember.

There are several times throughout the movie that I couldn’t help but laugh at the befuddled Merlin (whose nose was inspired by Walt Disney’s). No matter how clumsy the film was at times, you can’t deny t

hat it was written well and the gags were great. If I had one bad thing to say about the story, it would be that none of the women (of which there are very few) are portrayed in a nice light. They’re either annoying or downright mean and ugly but since I haven’t read the book that this movie was based on (yet), I’m not sure if that was the author’s doing or not. Woolie Reitherman, one of the original Nine Old Men, did a great job of directing this too. No matter how zany the film can get, he kept it moving along fluidly. A great animator and a great director he and the rest of the Old Men will be missed.