A Whole New World to Police 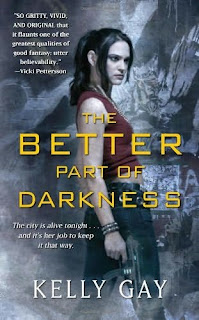 Atlanta: it’s the promised city for the off-worlders, foreigners from the alternate dimensions of heaven-like Elysia and hell-like Charbydon. Some bring good works and miracles. And some bring unimaginable evil…

Charlie Madigan is a divorced mother of one, and a kick-ass cop trained to take down the toughest human and off-world criminals. She’s recently returned from the dead after a brutal attack, an unexplained revival that has left her plagued by ruthless nightmares and random outbursts of strength that make her job for Atlanta P.D.’s Integration Task Force even harder. Since the Revelation, the criminal element in Underground Atlanta has grown, leaving Charlie and her partner Hank to keep the chaos to a dull roar. But now an insidious new danger is descending on her city with terrifying speed, threatening innocent lives: a deadly, off-world narcotic known as ash. Charlie is determined to uncover the source of ash before it targets another victim- but can she protect those she loves from a force more powerful than heaven and hell combined?

Kelly Gay has written other books (and screenplays) before and though they went unpublished they were nominated for several awards. However, The Better Part of Darkness was her debut novel and it was sold to Pocket Books publishing in June of 2008. They've only signed for the first two books in the series so far (the second one that just came out a few weeks ago). This book was an "Okra" pick for the Southern Independent Booksellers Alliance (SIBA) and finaled in two categories for the RITA's too. 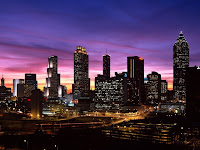 "What if our myths and traditions of heaven and hell were based on some obscure truth? What if the beings in them were nothing like we had imagined? And what if this woman, Charlie, works on the front lines, dealing with the integration of our societies, and suddenly she’s forced to make a terrible choice when it comes to her child?" These are the questions Kelly Gay asked herself and this book is what was the answer. Mythology is what first motivated the author to write and it still inspires her even now. Which shows so much during The Better Part of Darkness in which the Elysian and Charybdon (pronounced  Eh-LEE-see-ah and Char-bih-don) characters are creatures out of our myths. For example, Charlie's partner on the ITF police force Hank is a siren... a male siren! How cool is that? So, don't expect vampires and werewolves in this urban fantasy (there aren't any), but keep an eye out for quite a few other mythological beings!

Even though the beings in the book are found in human's myths about heaven and hell, The Better Part of Darkness actually has nothing whatsoever to do with religion. I don't think religious preferences are ever mentioned by anyone except to say that none of the off-worlders know anything about human's version of God either. Which makes me wonder about the off-worlder's religions actually. Ms. Gay says, "Elysia is a take on the Elysian Fields, the final resting place for heroes and the virtuous in Greek mythology. And Charbydon is a combination of Greek myth words: Charybdis, the sea monster and daughter of Poseidon and/or whirlpool depending on which myths you read, and Charon, the being who ferried souls across the River Styx to the side of the underworld."

The author said, "I think I've always wanted to explore the possibilities of real supernatural creatures being the basis for many of our myths. The main idea for the story, however, came with Charlie and wanting to write about a single mom, to put her in a position where she has to make a choice between her work and her city, and protecting those she loves. I kept thinking of the fierce nature of a mother protecting her young, and how cool this would be in an urban fantasy setting/world. It all kind of fell into place after that." I found it remarkable that the main character was a divorced, single mother as that’s not too common in urban fantasy that I've seen lately. Normally I have a problem with that but being a mother was just part of who Charlie was. It didn't hurt that her kid Emma was a sweetheart and not really all that young either. This is a dark and gritty urban fantasy and Charlie could have run the risk of being just as dark and gritty as her world but I think her kid helped keep her grounded. What surprised me about this divorced mom is that her ex-husband Will is actually not a bad guy, he just got mixed up in some bad things and did some dumb stuff. Really, I was all set up to hate him but he's truly not a bad guy though he did do another stupid thing and it kind of takes him out of the last half of the book which I'm really curious about how the author is going to handle in the sequel. I also really like Rex so that's certainly a conundrum!

The Better Part of Darkness is an incredibly neat book even though it pushed me about as far as I'm willing to go when it comes to sci-fi. It was actually urban fantasy though and set in Atlanta, Georgia.... well, in an alternate version of the city. I haven't seen such original world building in urban fantasy for years (and I‘ve seen some great world building in urban fantasy), you truly believe in this world because it's so grounded so Kelly Gay really hit this one out of the park. My only complaint is that though it's set in an alternate Atlanta, it could have been set in any major city since it doesn't mention any place specifically... though the area around Charlie's sister Bryn's store Hodgepodge sounds a bit like Little Five Points to me. The drug in the book was originally called After Glow which actually makes so much more sense than ash which it ended up being called. 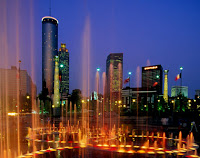 The world building may be awesome but it's the characters that really are what make this story so good. I mean everyone from main to extremely minor characters are very real, colorful, and you want to know more about them. I have never been so strongly reminded of an actress before when reading a book but something about Charlie reminds me of Eliza Dushku who played Faith on Buffy. Partly because of her description but I was influenced a good bit by the cover model as well by Chris McGrath (same cover artist as Jim Butcher's Dresden Files and Kat Richardson's Greywalker series). The author offered up actress Stana Katic and she too is somewhat reminiscent of the character as well. I loved that though Charlie is essentially a cop and can be hard as nails, she's not afraid of being a girl (and a mother to boot) either. I always enjoy when an author doesn't make her character sacrifice one for the other and somehow combines both. I do hope the author does write other books in this series with other characters instead of Charlie & Co. as the main ones someday. There are four books planned in this series but Kelly says she wants to do more, especially some stand-alone novels featuring characters besides Charlie. I would love to see one about Hank!

"It's about choices and sacrifice. I wanted to explore what lengths a person would go to, what they'd sacrifice for those they loved. I think most people are certain in their answer, but when faced with it head on...well, it might be an entirely different story. And when it's an entirely different world, things can get even more complicated. I hope readers will find the story unique and fresh, with things they haven't seen before, but with all the human emotions and motivations they recognize and relate to." I can honestly say that Kelly Gay accomplished everything she set out to do with The Better Part of Darkness and I only hope the sequel The Darkest Edge of Dawn is just as good. Kelly Gay also writes under the name Kelly Keaton (for her grandmother) and her first book published under that name will be called Darkness Becomes Her which is a YA novel and will be released in 2011.

Yeah. October tenth was my favorite freaking day of the year. The thirteenth anniversary. The day heaven and hell came out of the closet. Literally.
It wasn’t a day one tended to forget.

Our training and selection process had become legendary. Not many people could look a hellhound in the eye and know how to defeat it. We’d been trained to face every being and beast from both worlds, and we had the scars and the nightmares to prove it.

“Try being a single mother, who carries three lethal firearms and can take down a runner at fifty yards. Trust me, it doesn’t make a date feel all warm and fuzzy inside.”

Ask anyone and they can tell you where they were and what they were doing when the news broke. Scientists had discovered (some say “stumbled upon”) two parallel planes of existence, which, according to many leaders and believers of the world’s major religions, resembled certain aspects of heaven and hell.
They’d been visiting us for thousands of years, using our world as a battleground and neutral zone, interfering in our lives, speaking our languages, doing good works and miracles, committing horrible crimes. And now we knew the truth. Elysia and Charbydon, and the beings in them, weren’t the things of Sunday school lessons and Hallmark figurines.

Seconds later, he moved back and whispered, “Hellhound.”
I looked at Rex, “You’re up.”
“I should be on Broadway right now,” he muttered. “Instead I’m here in the Blair Witch forest, about to get eaten by a hairless fucking dog on gigantic fucking steroids.”

First Paragraph: “You told a two-thousand-year-old oracle to prove it.” Hank kept pace beside me, nursing his bloody nose with a handful of fast-food napkins I’d pulled from the glove box earlier. “ I mean, do you ever think before the words spew out of your mouth, Charlie?”

Source: Personal collection courtesy of All About {n} blog, paperback

Picture Explanations
Atlanta: Takes place in an alternate version of the capital of my home state
Bath House: Where Hank goes to unwind because it reminds him of home and where they get some clues about the ash. Kind of resembles Roman baths
Hospital: Charlie dies before the beginning of the book but she also ends up back in the hospital during it
Bryn's Shop: I did ask the author and she said the area was inspired by Little Five Points
Posted by Ladytink_534 at 11:35 AM