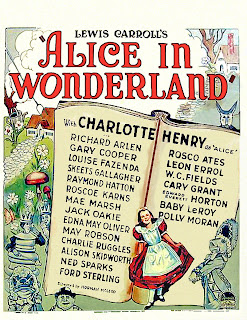 The 1933 film version of Alice's Adventures in Wonderland was an all-star Paramount Pictures undertaking. It is mostly live-action, except for The Walrus and The Carpenter, which was animated by Max Fleischer's studio.

Stars featured in the film included Charlotte Henry as Alice, W. C. Fields as Humpty Dumpty, Edna May Oliver as the Red Queen, Cary Grant as the Mock Turtle, Gary Cooper as the White Knight, Edward Everett Horton as The Mad Hatter, Charles Ruggles as the March Hare, and Baby LeRoy as The Joker.

Site About the Movie 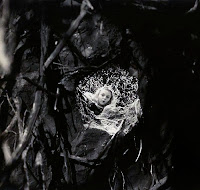 One of the few of Lewis Carroll’s Alice’s Adventures in Wonderland adaptations that isn’t a musical, Paramount’s 1933 all-star cast that includes Gary Cooper, W.C. Fields, and Cary Grant among the actors playing these mad characters. Oft compared to the Eva Le Gallienne stage production, this was in fact inspired a good deal by it. This Paramount adaptation has the distinction of being the fifth Wonderland film ever made of this wonderful story. 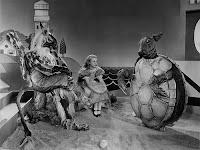 At the time of its release, the star billing is mainly what attracted audiences but unfortunately, it’s hard to distinguish who is who under those bulky costumes (it was rumored that the actors in the full-body costumes weren’t even in them, they just did voice-overs, which is why this film did so poorly at the box office). Time hasn’t 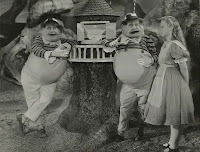 changed things much since I could only pick out the actors with very distinct voiced such as W.C. Fields (Humpty Dumpty), Stanley Holloway (the Frog here, later the Cheshire Cat in Disney’s animated version), and of course Cary Grant (Mock Turtle). I will note however that a good majority of the costumes look like they’re right out of Tenniel’s original illustrations though.

While I thought parts of the film were unique (such as starting with the beginning of Through the Looking Glass and then shifting back and forth between the two), the fact that the story bounces around so much is enough to make one's attention start to wander. At one point I found myself more worried about the way Charlotte Henry; (a mostly unknown actress) who plays Alice, was holding her flamingo (yes, it was real too) than about the croquet scene! Parts of the film just felt plopped into to me too such as when Tweedle Dee and Tweedle Dum recite The Walrus and the Carpenter, they open a little window onto a Harman and Ising cartoon that could have been the highlight of this film and yet, it too was less than inspiring.