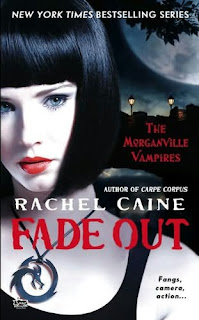 In Morganville, Texas, Someone is Always Watching.

Without the evil vampire Bishop ruling over the town of Morganville, life has changed- dramatically. The resident vampires have made major concessions to the human population. With their newfound freedoms, Claire Danvers and her friends are almost starting to feel comfortable again- almost.

Now Claire can actually concentrate on her studies, and her friend Eve joins the local theater company. Yet when one of Eve’s cast mates goes missing after starting work on a short documentary, Eve suspects the worst. As she and Claire investigate, they soon realize that not only is the subject of the film the vampires themselves, but that this project is a whole lot bigger- and much more dangerous than anyone suspected.

NOTE: Seventh book so their may be spoilers below!

The Big Bad from the previous books in Rachel Caine's Morganville 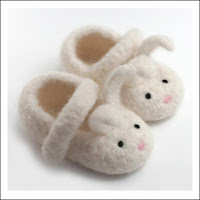 Vampire series has been vanquished but that doesn’t mean that everything is rosy in town. Fade Out explores the darker parts in the underbelly of Morganville and of course, Claire is smack dab in the middle of it as usual.

After the big story arc of the series ended in Carpe Corpus, I had every confidence that Caine could continue to wow her readers in Fade Out and I was right! It wasn’t the best book in this series but it’s at least second best… especially since again, there is no cliffhanger! The author did leave one or two plot threads that I’m sure we’ll get the answers to in later books but there aren’t any really big ones. Fade Out actually reminded me of Eagle Eye more than anything but I still thought Ada made a delightfully good bad gu

y (it‘s established in Carpe Corpus, the previous book)… and she’s not the only one either!

There was one thing I wasn’t that crazy about in the book and though I’ll always love Claire (especially since she has grown up so incredibly much since Glass Houses), for the first time we get to see just how jealous she can be. I didn’t blame her because Kim definitely wasn’t one of my favorite people but it was a bit too much at times for me. I really hope that less action (which, if you’ve read the series you know that’s not saying much because in the previous stories every

This is the seventh book in this series so I wouldn’t advise starting here even if the story can almost stand alone because you miss many important plot points. Also, you may not quite ‘get’ Myrnin without a little back-story and he’s one of the best secondary characters. Besides, this is an incredible series so you won’t be wasting your time here. I’m really hoping that Ms. Caine writes in the play (A Streetcar Named Desire) being rehearsed in this book in the next story Kiss of Death!

“You ever feel like your life is kind of out of control?”
“I just went to work for a vampire, was scared by a spider, and got knocked down by a tanning bomb. And that’s just my day, not my week.”

First Paragraph: Eve Rosser’s high-pitched scream rang through the entire house, bouncing off every wall, and, like a Taser applied to the spine, it brought Claire out of a pleasant, drowsy cuddle with her boyfriend.

Source: Bought with Christmas gift card at Barnes and Noble

Picture Explanations
Bunny Slippers: Myrnin has a very odd sense of fashion…
Limo: The vampires of Morganville usually travel in style.
Spider: Ada sends these after Claire.
Posted by Ladytink_534 at 4:50 PM