The Richest Men in World are in Trouble 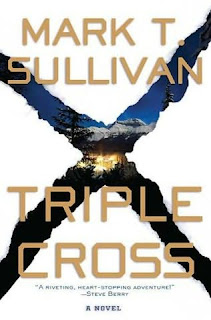 The Jefferson Club is a remote private resort for the super-rich. The buildings, the amenities, and the security are state of the art and beyond compare. Many of the world’s wealthiest people-- business leaders, entrepreneurs, politicians, celebrities-- gather for the most exclusive New Year’s Eve party in the world. As the expensive champagne flows and multibillion dollar deals are arranged, the unimaginable happens-- a highly trained, heavily armed paramilitary force calling itself the Third Position Army breaches the world’s best security system and takes everybody hostage.

“Mickey” Hennessey, former U.S. Special Agent, is the head of security for the Jefferson Club. A divorced father of three teenagers, he’s spending the holiday with his kids. When the club is attacked, his entire team is wiped out and only he makes it out of the club alive. Now he’s outside while his kids are trapped inside, hostages of the Third Position Army, who are putting seven of the ten richest men on “trial” for their crimes against humanity, live on the internet for the world to see. While a top FBI rescue team works feverishly to rescue all the hostages, Hennessey is determined to do all he can to overcome every obstacle and to ensure his children’s safety-- or die trying.

Mark T. Sullivan is an avid skier and lives in the skiing region of Montana, his book Triple Cross was inspired by an ultra-private s

kiing vacation place near his home that is for the rich, powerful, and famous. Also, the "shady activity going on in the U.S. financial markets” had an impact on this story because if there was "an attack on such a club stocked with some of the world’s wealthiest people would undoubtedly have an immediate, harsh effect on the stock markets." The author also said that "the idea of a voice of the people came from "Network," one of [his] favorite films. The idea of putting the trials on the Internet seemed obvious. We have Judge Judy on TV, why not Judge Truth on the Internet? When [he] put the two together it seemed like a strong weapon that the Third Position Army could use to influence public opinion and the stock markets."

There are some parallels between this book and things that have

happened in real life but oddly enough, Mr. Sullivan finished writing Triple Cross before the "Wall Street meltdown, eleven months before terrorists seized two luxury hotels in Mumbai, India, and twelve months before the Bernie Madoff investment scandal came to light." I know little of politics and even less of the stock-market so those parts were like another language to me. I did think it was unnecessary for the main character Hennessy, to keep going on about his own portfolio not being what he wants it to be. He just came off as bitter to me but politics and the stock market both are a major theme throughout the story.

Mr. Sullivan was a political and later an investigative reporter and from that he’s met several interesting people and heard several things that normally don’t get reported so from both of these things, this book was helped along into being written. The author said that "The negative 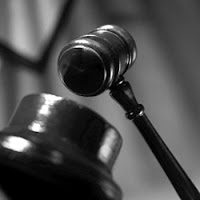 portraits of the men who are put on trial in the novel I’m sad to say were drawn from real events and trends in American business during the first eight years of this century. I’m even sadder to say that most of the illegal activity described in the novel pales in comparison to the scandals, swindles and market manipulations that have come to light after the 2008 stock market crash." Considering some of the crimes addressed in this book, that’s an incredibly scary thought!

Though the dad in Triple Cross does play a significant part at the end, the heroes of this book and the ones that are constantly at risk are three teenage triplets. The best characters by far in this book are these triplets (Connor, Bridger, and Hailey, the two sons and one daughter of Hennessey) and if the author ever wants to write a young adult novel I heartily recommend that he use these characters. Technically however, the main character is supposed to be Mickey Hennessy who is a flawed, but overall good man. FBI special agent Cheyenne O’Neil wasn’t too bad a character either though even when she was narrating, I never got the feeling that we really knew her.

Corruption and second chances are the two main themes of Triple Cross, however, not many of the corrupt businessmen in the book are the ones who get second chances. I had no problems visualizing everything the author writes so I believe this would make a great movie (the reason I read it in the first place was it kind of reminded me of a Die Hard film), maybe even better than it would a book to be honest. This was a good book and while I was able to figure out the “major twist” at the end fairly easily, I still enjoyed Triple Cross but in my opinion, the triplets are what carried this story.

Mouse gazed at the general as if he were some kind of prophet, saying, “It’s time to make them pay for the hell they’ve inflicted on people.”

His wife’s fists clenched. “Don’t you have enough to do without adding to Guilio’s job? Why don’t you go jump off the mountain and parachute down or something?”
Burns cocked his head toward the windows. “Kinda snowing and windy out, in case you hadn’t noticed, my sweet.”
“Then go in your padded room and bang your head against the walls, because you are driving everyone here crazy. Especially me.”

“Oscar-winning actresses are kinda out of my league.”
“Don’t know until you try,” Burns said. “And the more times you try, the more times you win. Take a risk, make the big play. That’s always been my motto, Mickey. If you’re going to shoot, shoot for the moon. Why not? Someone’s gotta win. Someone’s gotta be the number one. And no one remembers the guy who comes in second or third.”

“The Jefferson Club is a retreat from a busy world,” Burns went on. “A place for the accomplished to come and relax in luxury, yet rugged enough to challenge the most hard-core skier and alpinist.”

“One hundred million dollars in return for your son’s life,” General Anarchy said. “Less than a single percentage point of your net worth. What do you say, Mr. Doore? Deal or no deal?”

“Those maniacs are hunting them. It’s all they’re talking about on the news shows. Our children and the hostages. Whether they’ll live or die.”
“Don’t listen,” Hennessy said.
“How can’t I?” she shrieked back. “It’s everywhere! People are downloading the trial and the execution to their iPods and phones by the hundreds of thousands. They had one expert on just now who said that this might be the first global event to unfold primarily on the Internet. My babies are in the middle of it!”

Picture Explanations
Skiing: The Jefferson Club is a skiing club for the rich and famous
Snowmobiles at Night: How the bad guys get around
Gavel: There are mock trials in this book by The People of the Third Position
Helicopter: How else would you get up the mountain on short notice?
Posted by Ladytink_534 at 1:45 PM