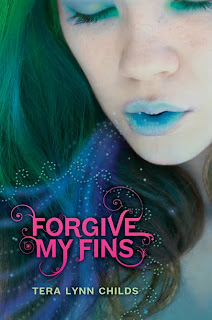 Lily Sanderson has a secret, and it's not that she has a huge crush on gorgeous swimming god Brody Bennett, who makes her heart beat flipper-fast. Unrequited love is hard enough when you're a normal teenage girl, but when you're half human, half mermaid, like Lily, there's no such thing as a simple crush.

Lily's mermaid identity is a secret that can't get out, since she's not just any mermaid-- she's a Thalassinian princess. When Lily found out three years ago that her mother was actually a human, she finally realized why she didn't feel quite at home in Thalassinia, and she's been living on land and going to Seaview High School ever since, hoping to find where she truly belongs. Sure, land has its problems-- like her obnoxious biker-boy neighbor, Quince Fletcher-- but it has that one major perk: Brody. The problem is, mermaids aren't really the casual dating type-- the instant they "bond," it's for life.

When Lily's attempt to win Brody's love leads to a tsunami-sized case of mistake identity, she is in for a tidal wave of relationship drama, and she finds out, quick as a tailfin flick, that happily ever after never sails quite as smoothly as you planned.

Tera Lynn Childs; the RITA winning author of the Oh. My. Gods series (a YA series about a

school of descendants of mythological Greek gods), has taken a break from Greek myths and tackled another type of mythical creature, the mermaid in Forgive My Fins. The author admitted to being slightly inspired by the movie Splash (the first mermaid movie she ever saw) and her love of water for the reasons why she wrote this book.

This is a typical girl has a crush on boy A who never really notices her, while boy B has a crush on the girl and shows it by annoying her type of story. In this particular book, it just so happens that the girl is half-human, half-m 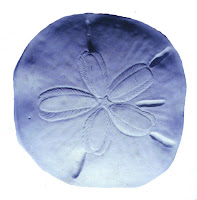 ermaid, and a princess at that. The romance in this story has been done a million times but Ms. Childs brings a fresh perspective to the tired high school drama with the interesting mermaid angle and lore. Childs says she didn’t do much research on mermaids for this book, she made most of it up, “In my mermaid world, they have eyes that glitter when they cry, can transfigure back and forth between mer and terraped (human) form at will, and have a mer mark on the back of their neck that matches the color of their tailfin. Making things up is half the fun!” The best part of the book is the underwater kingdom Thalassinia which was beautifully described, I did love all of the water settings and descriptions though.

t was a cute cotton candy kind of tale with a dash of sea slang (“son of a swordfish!”) and though very predictable, it still is a good story. The characters do seem younger than they are supposed to be however, well actually Lily does. I’m somewhat ambivalent about her because she’s a little annoying to be truthful. The real gem in this book is the character Quince who definitely “got more than he bargained for” when he kisses Lily. A sensitive bad boy, what more could you want? It was all the other characters I had a problem with. They weren’t bad, just not as developed as I would have liked so I’m hoping that they’ll be better in the sequel coming out next year tentatively titled Fins Are Forever.

We mermaids are a cowardly bunch. Keeping our existence a total secret makes cowardice pretty much a necessity. If we don’t flee fast enough at the first sign of a passing ship, we might end up on the cover of next week’s Flash Paper. We’re more of an escape-now-ask-questions-later kind of species.

Merfolk are a pretty peaceful people, but that boy makes me wish I had free reign of Daddy’s trident for a good five minutes.

I’d always been a little intrigued by humans and their culture-- how very Little Mermaid of me, I know-- but when I found out I was half human, the interest became more personal.

He looks me right in the eye as he says, “Love is already the strongest magic in the world.”
The laughter drains right out of me. It’s obvious that he truly believes this. He believes in the omnipotent nature of love. I never knew he was such a romantic.

I laugh. Partly at his joke, but partly at the ridiculousness of this situation. I mean, how did I-- Thalassinian royal princess-- wind up bonded to a land lover who can’t swim and hates sushi? If ever there was a more unsuitable match, I haven’t seen one.

First Paragraph: Water calms me. It's like chocolate or hot tea or dulce de leche ice cream. After a rotten day, I lock the bathroom door, fill Aunt Rachel's old-timey tub with steaming water and bath salts, and then sink into a world where my problems all melt away.

Author at a Signing: