Marmee Noir is Back 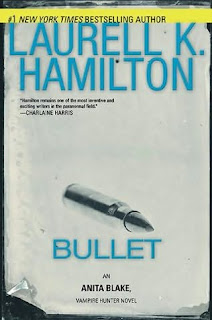 The music came back up and the next group of little girls, slightly older, came out. There was a lot of that in the next hour and change. I liked dance, and it was no reflection on the kids, but my will to live began to seep away on about the fifth group of sequined children...

Anita Blake is back in St. Louis and trying to live a normal life-as normal as possible for someone who is a legal vampire executioner and a U. S. Marshal. There are lovers, friends and their children, school programs to attend. In the midst of all the ordinary happiness a vampire from Anita's past reaches out. She was supposed to be dead, killed in an explosion, but the Mother of All Darkness is the first vampire, their dark creator. It's hard to kill a god. This dark goddess has reached out to her here-in St. Louis, home of everyone Anita loves most. The Mother of All Darkness has decided she has to act now or never, to control Anita, and all the vampires in America.

The Mother of All Darkness believes that the triumvirate created by master vampire Jean-Claude with Anita and the werewolf Richard Zeeman has enough power for her to regain a body and to immigrate to the New World. But the body she wants to possess is already taken. Anita is about to learn a whole new meaning to sharing her body, one that has nothing to do with the bedroom. And if the Mother of All Darkness can't succeed in taking over Anita's body for herself, she means to see that no one else has the use of it, ever again. Even Belle Morte, not always a friend to Anita, has sent word: "Run if you can..."

Set a year after the previous book Flirt (though it was published only a few months prior), Laurell K. Hamilton’s nineteenth book in her Anita Blake series Bullet has Anita finally getting her house in order... or would that be men in order? Everyone from Asher- who finally stands up for himself- to Haven (Cookie Monster) the werelion lets their feelings and demands be known. Even Richard is finally coming around thanks to all the therapy he’s had since we last saw him in The Harlequin. There is a whole lot of sex in Bullet and at times the main plot thread does get pushed aside for it, but since Anita, 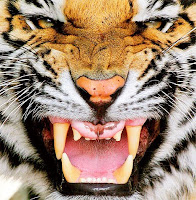 Jean-Claude, Richard are trying to make their triumvirate “into a cohesive whole” and sex is their main power then it does make sense.

Marmee Noir has been a Big Bad since her very first appearance in Danse Macabre but it wasn’t until she lost her earthly shell in Skin Trade that she truly became dangerous. Like the First Evil on Buffy level of dangerous. When the Council came to town in Burnt Offerings, there was talk that Jean-Claude was trying to set up his own council in America when he wasn’t at all. Now because Mommie Dearest has taken over a good bit of the European council, times are a changing!

Anita only leaves the Circus once during the entire the book and that was at the beginning but it‘s one of the best scenes in the book. It shows how much Nathaniel and Jason have grown up (or “growing into themselves”) and what happened to Monica Vespucci and her baby that she was pregnant with in The Killing Dance. He’s now three years old! It’s almost startling to realize how much everyone has grown up since Guilty Pleasures or the various books they were introduced in. One character that hasn’t grown up is Haven also known as Cookie Monster. This was the last book he’s in and though I always thought he was a neat character, he wasn’t a good guy and he just didn’t fit in Anita’s life as he wanted to. While I’m happy that almost all of the guys are 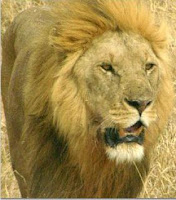 making an effort to work together now, especially Richard since he’s no longer hindering the triumvirate too much, he still gets on my nerves too.

With Crispin and Domino (the weretigers from Blood Noir and Skin Trade) teaching the other shifters how to calm their beasts so they don’t miscarry, suddenly babies are a possibility for many of the shifters. It’s brought up a lot of issues for a lot of them. I am curious to see if Anita will ever get pregnant (I’m assuming Nathaniel will be the father if it does ever happen) since there’s already been one pregnancy scare in the series but since Hamilton already went down that road with her Meredith Gentry series, I’m not going to hold my breath. What I’m most looking forward to is how the author will deal with all of America’s vampires and their politics once Jean-Claude starts forming that council. Ms. Hamilton is currently hard at work writing the twentieth book in this series.

“Funny how it’s never your fault when you have to have sex with all these men, Anita,” and with that she walked away. She walked away with the proverbial knife stuck deep and hard right through my heart. Nothing cuts deeper than when another person says exactly what you’re afraid to say out loud.

Richard held out his hand, and after a moment of hesitation Jean-Claude took it. I laid my hand on top of theirs, and all I could think was, Is this how revolutions begin? Not with a proclamation or a riot, but with a few people in a room somewhere with their hands clasped and a purpose. We were trying to save our country. I was betting the other Masters of the City wouldn’t believe we were saving anything but ourselves, and patriot wouldn’t be what they called us. No, motherfucking bastards, more like.

I wasn’t monogamous, that was okay, but there’s not being monogamous and there’s having so many men in your life that you can’t possibly do justice to any of them. I was either at that point, or perilously close, and now we were going to add more. It sounded like a bad idea to me.

First Paragraph: I was worming my way through a mass of parents and children with a tiny clown hat clutched in one hand. In my navy blue skirt suit I looked like a dozen other mothers who had had to come straight from work to the dance recital. My hair was a little curly and little too black for all the blond mothers, but no one gave me a second glance. The one saving grace as I threaded my way through the crowd of parents, aunts, uncles, grandparents, and siblings was that I wasn’t one of the parents. I was just here as moral support and last-minute costume rescuer. It was just Monica Vespucci’s style to leave par of her son’s costume at her house and need an emergency save. Micah and I had been running late with client meetings so we go to ride to the rescue, and now since the vast majority of the performers were female I was the only one safe to go backstage without scandalizing the mothers. What did little girls who only had male relatives do at things like this? My dad would have been at a loss.

Interviews
The Trades
Q&A with EW


Source: From personal collection, courtesy of an Amazon GC from GALtime

Picture Explanations
Tiger: The Las Vegas weretigers have rallied the other tigers to Anita so she can bring them into their power among other things.
Lion: Anita and the others have issues with the werelions in this book.
Posted by Ladytink_534 at 2:33 AM