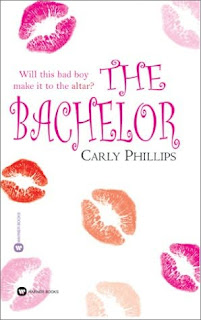 Will this bad boy make it to the altar? It takes a very special woman to catch a Chandler man... Meet the Chandlers - a trio of sexy brothers and the most eligible men in town...until their mother falls ill. As her three sons gather at her side, she makes two desperate demands: "Get married! Give me grandchildren!"

Foreign correspondent Roman Chandler has always prized his freedom above all else. Now losing a coin toss has sealed this youngest brother's fate. Finding someone to escort down the aisle is the easy part - every wannabe bride in sleepy Yorkshire Falls is itching to get hitched to this gorgeous, globe-trotting Chandler man. But Roman still lusts after the woman who got away.

t with her Chandler Brothers series. Though not her first published book, The Bachelor was Phillips’ first single title release under this pseudonym (she has published under her real name Karen Drogin before) and it was very successful mainly thanks to the fact that Kelly Ripa featured it for one of her book club picks. The main idea for this series was given to Ms. Phillips by an editor and the author said she just “ran with the rest.”

The Bachelor vaguely reminded me of It’s a Wonderful Life when George Bailey was going to leave Bedford Falls and travel the world except Roman has already done that and he doesn’t want to be tied down (once his father died, his older brother even got roped into keeping the family newspaper running too). Unfortunately, his mom tells him and

his brothers that she is ill and hints that she wants grandchildren before she dies. Through a coin-toss, he’s the one who gets picked to give up his bachelor ways though he still plans on not being tied down. Charlotte on the other hand, wants a man that will stick around. Her father left her mother heartbroken when he went off to become a Hollywood actor. No matter how much attraction there has always been between the two, and the attraction is just as instant in their reunion, she refuses to give in… at first of course. Its freedom vs. stability in this book and how much will the two main characters be willing to compromise? 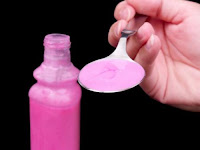 notwithstanding) her romance is just as hot. Her characters--even the minor ones-- are so memorable that I wouldn’t be surprised if Yorkshire Falls is based on a real town. I really liked Roman and Charlotte as well; even if I sometimes had problems with things they did or said. For example, their reunion bothered me a little. I know that Phillips books are generally like this but they jumped right into the nuzzling before the reintroductions. I don’t care what kind of chemistry you have with someone; it’s highly unlikely that’s going to happen. However, this is a fantasy romance and I was more than willing to suspend disbelief.

Since taking over as publisher of the Yorkshire Falls Gazette for his father almost twenty years earlier, he’d become much too serious, bossy, and overprotective. Thank God he had his father’s handsome, chiseled face to make a decent first impression before he opened his mouth and started taking control. Good thing women loved a protective man and most single women in this town would marry Chase in a heartbeat. He was handsome, as were Rick and Roman.
Her goal was to marry off all her three of her boys, and she would. But first they had to desire more from woman that sex. Not that there was anything wrong with sex; in fact, it could be more than pleasant, she thought, remembering. But it was her sons’ mind-set that presented her with a problem. They were men.

But in today’s world, a woman had to offer a man a challenge. Excitement. And even then, Raina sensed her boys would balk. Chandler men needed a special woman to pique their interest and keep it. Raina sighed. How ironic that she, a woman who held marriage and children as her ideal, raised three sons who thought the word bachelor was sacred. With their attitudes she’d never have the grandchildren she desired. They’d never have the happiness they deserved.

Ten years, and the flame burned hotter than ever. Which only proved one thing: Temptation or no temptation, Roman couldn’t afford to get involved with Charlotte. Not now. Not ever.

Just as he came to the conclusion that he wanted only one woman, the single females of Yorkshire Falls decided to declare open season. Roman let out a heavy sigh as he realized what was in store for him from the town’s feminine population. In his younger days, he’d have appreciated the attention. Now he just wanted to be left alone.

First Paragraph: You're fit, Mrs. Chandler. The cardiogram is normal and so is your blood pressure. Nothing more than a bad case of indigestion. An antacid, some rest, and you should be fine." The doctor slipped her stethoscope around her neck and made another notation in the chart.

Picture Explanations
Lingerie Shop: The main female character in this book owns a lingerie shop called Charlotte’s Attic
Newspaper: The main male character is a freelance writer for various newspapers
Heartburn: Raina Chandler is willing to do anything to see her boys married, including pretending her bad case of heartburn is really a bad heart!
Posted by Ladytink_534 at 5:41 AM