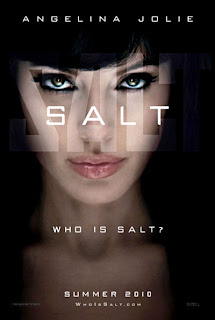 Angelina Jolie stars in Salt, a contemporary action thriller from Columbia Pictures. As a CIA officer, Evelyn Salt (Jolie) swore an oath to duty, honor and country. Her loyalty will be tested when a defector accuses her of being a Russian spy. Salt goes on the run, using all her skills and years of experience as a covert operative to elude capture. Salt's efforts to prove her innocence only serve to cast doubt on her motives, as the hunt to uncover the truth behind her identity continues and the question remains: "Who Is Salt?"

Angelina Jolie has made several action films over the years but in her latest film, she gets to play a character named Evelyn Salt who is nearly the female equivalent of James Bond or Jason Bourne. Salt is a film that is a somewhat throwback to the era when a film about spies just ha 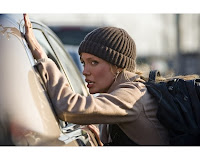 d to be tied to the Russians somehow but while it has that feel and even some of the plot devices of those earlier spy films, Salt does manage to seem like it could happen at any time. Matter of fact, the idea of deeply buried sleeper agents like the ones in the film that are only waiting for the signal to attack is actually a real theory within the CIA though some do dismiss it as a merely a myth. However, a real spy ring did emerge that coincided with the release of Salt remarkably enough.

With so many films similar to this one out there, I’m pleased that someone finally decided to do one with a woman instead of a man as the main character. What’s interesting is that it was originally w 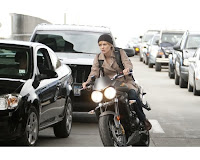 ritten with a male in mind (Tom Cruise was actually approached for the role) and where that would have been an okay summer popcorn flick (though maybe too much in the same vein as the Mission Impossible movies), the fact that the main character is female in a what is normally a male role makes a difference. “Females in those films rely on being female but we wanted to ignore that. She’s just Salt. It’s not about being a female and she certainly doesn’t use her sexuality to get anything in the film,” Ms. Jolie said in an interview. 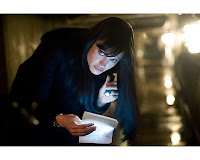 have a few secondary characters that help move the film along such as Liev Schreiber who plays Ted Winter, Evelyn Salt’s boss and friend and Chiwetel Ejiofor who plays Peabody the agent who is determined to bring her down. While both of these characters were interesting enough that I actually remember their names, I still think that it was Jolie who carried this film on her own shapely shoulders. Surprisingly enough, Salt wasn’t about her looking pretty while doing it and for the most part she truly wasn’t as elegant as she is often portrayed either. 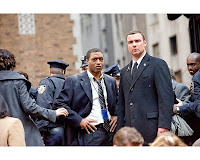 Jolie actually did as much of her own stunts as possible (99% according to her stunt director Simon Crane) and that kept the stunts more plausible than many action films of today. The director said in an interview that he would have been more comfortable if Jolie would have done some of the stunts blue screen. ''She was often suspended up to 10 stories high and she'd leap from vehicle to vehicle at high speeds. She doesn't have to do it, but she has absolutely no fear. Usually when an actor becomes more and more successful, they play it safe. But that's not Angelina Jolie.'' She was even injured during one the stunts for this film and now has a scar from it. 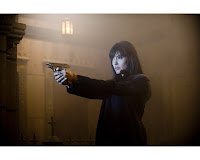 ranchise and I have to say that I fully endorse that idea. No, this wasn’t the best spy movie I’ve ever seen but it’s one of the few where a woman is the main character in an action themed film and while I wasn’t blown away by the movie, I did enjoy the performances, especially Salt since she threw herself so willingly into the role. For that fact alone, I hope that there will be a sequel. There is a bit of suspension of belief here and there in the movie such as how Ms. Evelyn Salt never manages to be badly injured while she’s jumping from truck to truck on the highway, climbing the side of a building, blowing stuff up, etc but despite the plot holes throughout the film, I did like Salt.