Have a Yabba-Dabba Merry Christmas! 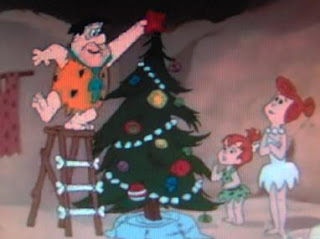 The Flintstones, the first animated family to find prime time television success, celebrate Christmas in this made-for-TV special, which originally aired on NBC December 7, 1977. Betty and Wilma nag Fred to dress up like Santa for the company party, but only his boss Mr. Slate is able to convince him. However, when the real Santa gets hurt, Fred and Barney take over his duties for the evening. Lacking Santa's expertise, they make time-costing errors that make yet another example of Fred's perpetual tardiness when he's late for the party. Fred and Barney then must prove that their hearts were in the right place, despite taking so long to show up. 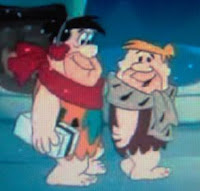 before Christ was born, depends on your religion) it didn’t stop the Christmas specials! Matter of fact if I’m not mistaken, I think there were at least three if not more and although A Flintstone Christmas isn’t the best one it’s still really good.

This is another one of those Christmas specials where an average Joe (in this case Fred Flintstone) has to take over Santa’s job delivering presents because Santa is sick (or hurt). At least Barney gets to come along for the ride as “Santa’s” little helper, complete with a cute elf costume!

As I said before, there are many other Flintstone holiday specials 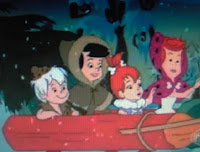