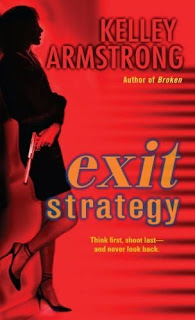 From the author of the acclaimed Women of the Otherworld series comes an exciting new heroine whose most secret identity is both lucrative...and lethal.

Regulars at Nadia's nature lodge don't ask what she does in the off-season. And that's a good thing. If she told them, she'd have to kill them. She's a hit woman for a Mafia family. Tough and self-sufficient, Nadia doesn't owe anyone any explanations. But that doesn't mean she always works alone. One of her contacts has recruited her in the hunt for a ruthlessly efficient serial killer cutting a swath of terror across the country. The assassin is far too skilled to be an amateur--and the precision of the killings is bringing the Feds much too close to the hit man community for comfort.

To put an end to the murders, Nadia will have to turn herself from predator to prey as she employs every trick she knows to find the killer. Before the killer finds her...

Job’s usually considered only for men have over the past few decades, opened for women as

well. The traditional hitman however is still thought of mainly as male but Kelley Armstrong’s character Nadia- or Dee as she likes to be known on the job, is one of the the very few hitwomen in her chosen profession. When a fellow “co-worker” goes rogue in Exit Strategy, she teams up with her mentor and her mentor’s mentor to take him down. 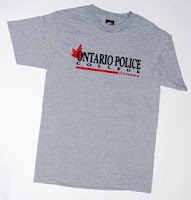 write a thriller, what would I want to do?' I absolutely love crime thrillers. That is primarily what I read. My horror/ paranormal background goes back further but currently I'm more of a thriller reader," said author Kelley Armstrong in an interview about her book. She had planned for this series to be a bit of a back-up fail-safe in case her Women of the Otherworld series failed. Her paranormal series was wildly successful while her thriller didn’t garner much attention at the time. Recently, mainly due to fans, many people are giving Nadia the chance to let her story be heard. 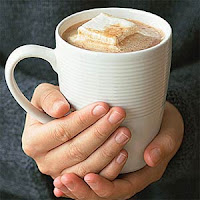 Kelley Armstrong’s Women of the Otherworld books are one of my favorite series but I was a little concerned about Exit Strategy since its not what I’m used to from this author. However, I can’t say I was really surprised that I enjoyed it and the characters, yet I was really in no hurry to finish the book. Naida being a hitwoman and essentially killing for money didn't bother me in the least though. She's not a bad person and she only kills criminals so I never had a problem with her job even if it is just a glorified form of paid vigiantilism. In a way, she's a bit like a toned-down female Dexter except Dee is a bit more “approachable”. More so than almost anyone else in her merry band of mercenaries even though I do like Jack a lot too. 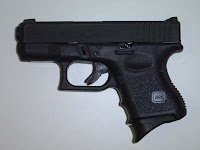 The author doesn’t lay everything out about Naida’s story all at once but draws it out slowly throughout the course of the book (how and why she used to be a cop, her cousin’s murder, etc.) and some things aren’t totally explained in Exit Strategy either. For the most part though, everything you need to know about the characters is presented… just not everything you may want to know so I’m hoping the second book in the series Made to be Broken will answer more questions and give me another great adventure too.

~Note: Thanks to Carolyn Jean (aka Carolyn Crane) from The Trillionth Page for sending this to me!

Picture Explanation:
Casino: In their search for the Helter Skelter’s identity Jack and Dee had to go to a run-down casino
T-Shirt: Nadia’s favorite sleep shirt, the place where she went to college.
Hot Chocolate: A night ritual when she can’t sleep which she shares with Jack during the case. Glock 33: Jack’s “present” to Naida when she accepts his offer to work on the “case”
Posted by Ladytink_534 at 7:48 PM