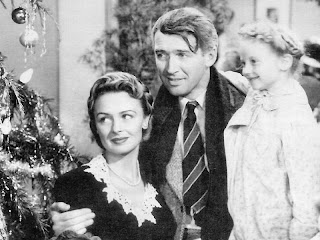 No one is born to be a failure. No one is poor who has friends. Simple thoughts that were the inspiration for one of the richest, most uplifting, most beloved American films ever made. Frank Capra's classic tale of George Bailey and his Christmas Eve visit with a guardian angel was nominated for five Oscars including Best Picture, Best Director and Best Actor. After more than 60 years, it remains as powerful and moving as the day it was made.

Dark and little bittersweet, Frank Capra’s It’s a Wonderful Life has become one of the most 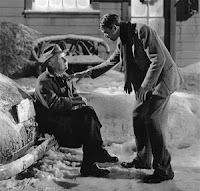 popular Christmas movies ever made- and yet it has very little to do with the holiday season at all. Nominated for five Academy Awards (including Best Picture), it was still originally considered a flop during its release and because of this it was allowed to pass into the public domain where a whole new generation discovered it.

There are so many Christmas movies that I enjoy but this one is my favorite and I try to watch it every year. Of course, it's a bit of a tearjerker but it’s also wonderfully heartwarming as well. The 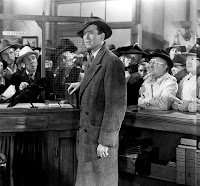 director and James Stewart have both claimed that this was their favorite pictures that they had made and you can tell that a lot of love went into the making of this gem.

James “Jimmy” Stewart has been one of my favorite black and white movie stars ever since I first watched him in this film as a little girl (I like Donna Reed too though). I thought it was interesting that he had served in the military during WWII as a general and that this was his first film after his service but he 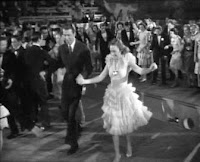 jumped right back into acting as though he had never left. He’s just so expressive and can convey so much in just one look. What I love about him most though is that he’s not exactly the typical movie star. As his obituary in the New York Times put it, he was "ungainly, self-effacing and somehow [still] debonair."

Over the last few years, It's a Wonderful Life has finally received the recognition it deserves making it on six of the AFI's 100 Years... lists and was deemed culturally significant by the National Film Preservation Board in 1990 too. The film has even been colorized in recent years but I like it a lot better in the old black and white.