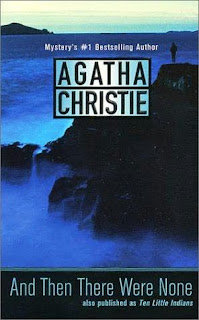 And Then There Were None is the signature novel of Agatha Christie, the most beloved work of the world's bestselling novelist. It is a masterpiece of mystery and suspense that has been a fixture in popular literature for more than sixty years, a brilliant tale that remains as compelling today as ever.

First, there were ten- a curious assortment of strangers summoned as weekend guests to a private island off the coast of Devon. Their host, an eccentric millionaire unknown to any of them, is nowhere to be found. All that the guests have in common is a wicked past they're unwilling to reveal- and a secret that will seal their fate. For each has been marked for murder, and one by one they begin to fall prey to an unseen hand. As the only people on the island, unable to leave and unable to call for help, they know that the only possible suspects are among their number. And only the dead are above suspicion.

Agatha Christie’s most popular and most adapted stand-alone mystery, And Then There Were None has gone through a few re-writes and name changes over the years after the original title 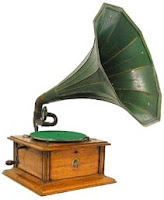 was deemed socially unacceptable. Like several of her other novels, this was partly inspired by a nursery rhyme by Septimus Winner called Ten Little Indians (the second name the story was published under) and then re-written to suit the purpose of the novel but it was also inspired by the real life Burgh Island too.

Recently I read my first Agatha Christie novel, Murder on the Orient Express who’s ending truly surprised me, so you would think I would be at least a little more prepared to read this one, but I never saw this ending coming either! Like Murder on the Orient Express, there were quite a few characters (10 to be exact) and for the first 100 pages I had to have a sheet of names reminding me who was who but as the “less guilty” parties died, the strong personalities of the others shined through. However, I never spared any sympathy for the Indian Island inhabitants; I just wanted to know who would

die next! The unusual method of a killer’s interpretation of a poem is what makes this story so unique because of the effect it had on the characters. It made them even more tense to realize that they were dealing with a madman who could hide his madness by making everyone around him insane too.

Lest I seem unnecessarily bloodthirsty, let me explain: all and I mean all, of the guests of Mr. U.N. Owen are guilty of murder or lead to the death of a person- it just can’t be proven. For example, someone perjured their self on the witness stand and because

of their testimony, an innocent person was sent to prison where he died, another person purposefully sent their spouse’s lover on a suicide mission, etc. Once Christie discovered that this book was to be adapted to the stage and that the ending and some of the reasons why the people are on the island would be re-written for a less shocking ending, she decided to re-write it herself and although not as dramatic or as interesting, it is the most commonly used form in other movie and stage adaptations. I know that there is a graphic novel being released soon based on this mystery but I would love it if a new film were made.

I think that by violating the standard mystery “rules” is what made the author such a success… rules were made to be broken after all. And Then There Were None or whatever you want to call it is a thoroughly puzzling mystery that Christie herself deemed “near-impossible” to solve. She has claimed it was one of her favorites and one which she was, understandably, proud of.


Picture Explanations
Gramaphone: Near the beginning of the novel, a record is played condemning the guests of their crimes.
Island: This is Burgh Island, the inspiration of Indian Island from the book
Bumblebee: "Six little Indian boys playing with a hive; A bumblebee stung one and then there were five"
Posted by Ladytink_534 at 8:39 PM