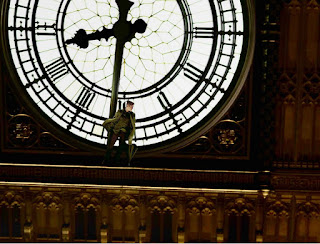 From the director of The Bourne Identity and Mr. & Mrs. Smith comes the evolution of extreme - a high-powered shot of adrenaline that stretches the very limits of imagination. Next stop: Anywhere! David Rice is a young man who knows no boundaries - a Jumper, born with the uncanny ability to teleport instantly to any place on Earth. When he discovers others like himself, David is thrust into the midst of an ancient war while being hunted by a bloodthirsty band of zealots sworn to destroy all Jumpers. Now, David's extraordinary gift may be his only hope for survival!

Advertised as “epic” with great locations, neat special effects, and an interesting storyline, Jumper disappointedly, doesn’t quite live up to the hype that surrounded it when it first came out. Despite

the fact that it was number one at the box office for a while (which led to a video game being produced too), the fact remains that the trailer was almost better than the film. That’s not to say that I didn’t enjoy it because I really did! Doug Liman is one of the best directors of action-packed films and Hayden Christensen makes a great anti-hero. I guess I was just expecting that “epic”-ness tha

t the cast kept talking about in interviews.

Still, I was very impressed with most of the movie. The cast was great and anti-hero David’s ability was one of the most interesting I’ve ever heard of, not to mention the fact that because of that ability, Jumper was filmed all over the world: Prague, Paris, Egypt, Japan, and even Rome- yes, that is the real Coliseum too. Oh and there is also a really cool car chase and fight scenes where David (Christensen) and

Griffin (Bell) fight the Paladins and even each other!

The end of the film kind of leaves it open as to whether or not there will be a sequel (Mr. Gould wrote two more in this series) and there have recently been talk about a Jumper 2 being filmed. Millie (Bilson) is supposed to have a bigger and better part and be less of a damsel in distress (she does hold her own sometimes but when it comes right down to it, she’s there to be rescued), so I’m hoping it won’t take too long to make. Even though I thought this film could have been better and maybe a little stronger as an opening in a continued film franchise, I will still be in line to see the next one whenever it comes out.