BECAUSE MEN DON'T COME WITH WARNING LABELS (And how handy would that be?)

Marissa Kincaid has a gift for dating the terminally unfaithful. After she finds her latest boyfriend lip-locked to another man, she decides to strike back by creating TheGuyCheats.com, a virtual Wanted poster for serial cheaters. Soon Marissa is spending almost all her time getting even- instead of getting a guy. Enter Trenton Jackson, Marissa's first crush from way back. Now Atlanta's golden boy publisher.

Inspired by the real life cheater databases that exist on the web, Kelley St. John wrote her lying 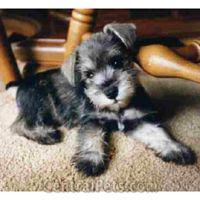 , cheating, loving, romance novel To Catch a Cheat. A former writer for NASA, St. John decided that she would much rather be writing happily ever afters instead and in 2005 published her first one called Good Girls Don’t (two of whose character appear in this novel). Now three years and several books later, she has finally become an award-winning, bestselling author too.

After receiving an (autographed) ARC of this author’s second book Real Women Don’t Wear Size 2, I loved her “voice” and sense of humor so much that not only did I have to buy To Catch a Cheat 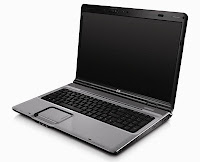 when it came out but I had to buy my mom a copy too (since she had loved her even more than I did). I think I liked it even more than the first book I had read by her! Of course, it didn’t hurt that it was set in Atlanta, Georgia either since the radio show and how the local media went wild over the story isn’t too far-fetched of an idea…

Marissa and Trent were interesting characters; well actually, all of the characters are and even the minor ones have distinct personalities. I really liked her dog Petie too! This was a mindlessly, fluffy chick-lit piece but I really enjoyed it and I still won’t hesitate to pick this author up in the future. Especially since I recently learned she has a series with Harlequin Blaze now!

Picture Explanations
Petie: Marissa’s salt and pepper Schnauzer
Laptop: The main character is a computer programmer
Cooking: Trent cooks for Marissa as one of the assignments from the radio show guys
Posted by Ladytink_534 at 8:55 PM