Professional Girlfriend on the Run 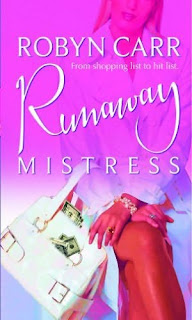 Not much can go wrong when you're traveling first-class with your fabulously wealthy boyfriend -- until you find his wife's body in your hotel suite. Convinced she's next on Nick Noble's hit list, Jennifer Chaise takes off down the Vegas Strip armed with only her wits and a Kate Spade bag full of money. Giving herself a drastic makeover -- complete with a new name -- she lands herself a waitressing job in a nearby town. For someone used to private jets and waterfront condos, the change in lifestyle couldn't be greater. Yet, oddly enough, Jennifer couldn't be happier.

And then she meets Alex Nichols. One of the Las Vegas police department's finest, he's everything she's ever wanted. But when Nick's bodyguards arrive in town, Jennifer knows that if she wants a future she's going to have to deal with her past . . .

Robyn Carr, the bestselling romance author of the Virgin River

series published several stand-alone novels that were generally received well such as Runaway Mistress. This 2005 release was more of a women’s fiction novel than an actual romance that has a fresh plot with great characters.

Despite her recent popularity with her newest series, I had not had the pleasure of reading anything by Ms. Carr. Nor had I realized that I actually owned one of her books in my massive collection of unread paperback romances but while I was in the mood for a “fluff” romance, t 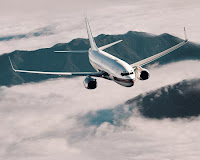 he cover and the title captured my attention. Unfortunately, this wasn’t quite as fluffy as I had hoped it would be and it actually had enough substance to pull me out of my mood for romance but since I enjoyed it, so much I’m not complaining!

Thanks to Linda Lael Miller’s Springwater series, I discovered that I have an affinity for friendly little small towns so the fact that Runaway Mistress was mainly set in one made me enjoy it even more. I sincerely hope Carr decides to go back to this little Nevada town someday, maybe using Buzz (the person who gives Jennifer a

job when she comes to town) as the main character? I'd like to see him happily settled and find out more about the pretty much unofficial "meals on wheels" thing he has going. I guess I'm hoping for a contemporary version of what Miller did with Springwater.

This was a wonderful town with very interesting characters. I'm honestly not sure whether I like the town more than the main character (although Jennifer had a good story to tell too)! Sure the whole "running away and becoming another person because of an abusive husband, boyfriend, etc. isn't exactly new (hello, Sister Act?) but Carr took a common book and movie idea and turned it into something, while not exactly new, very very good.

Picture Explanations
Black Lab: This is Alice. "Doris" (Jennifer) makes friends with an elderly lady at the diner and is asked to pet and house-sit when the lady goes out of the country.
Private jet: Jennifer was a professional girlfriend to one of Vegas' high-rollers whom the casino always personally flew in.
Sheep: "Doris" (Jennifer) gets up close and personal with some wild sheep on accident...
Posted by Ladytink_534 at 3:34 AM