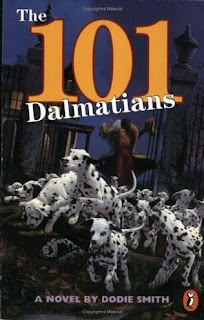 When Cruella de Vil kidnaps all fifteen of the Dearly's Dalmatian puppies with the intention of making them into fur coats, it is up to the puppies' parents, Pongo and Missus, and the dogs across England to plan and execute their rescue. How will they find the place where the puppies are hidden? Once they find it, how will they get the puppies to safety? 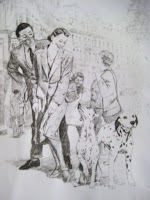 Since 1961 the word Dalmatian; especially if it has the numbers 101 before it, has been synonymous with the Disney Company but for five years The Hundred and One Dalmatians (also know as The Great Dog Robbery) belonged to author and native Englander Dodie Smith alone. Ms. Smith had published several books including her now popular I Capture the Castle (quoted as one of J. K. Rowling’s favorite books) as well as written several plays before she turned her creative genius to children’s fiction and being a Dalmatian owner, made them the main characters.

In letters between Dodie Smith and Walt Disney, she claims that she "always hoped [he] might [make her book 101 Dalmatians into a film]- so much so that, when [she] was writing it, [she] often found herself visualizing the scenes as they would be in cartoon." To be honest, the story does read a bit like a film- just not exactly like Disney’s version. However, I enjoyed both equally despite the changes although at the time of its release, 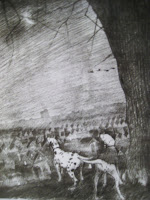 several people were a bit upset at the exclusion of Missus (Pongo’s wife) but it is clear that she really just took Perdita’s name.

As a general rule, authors usually don’t enjoy their books’ film adaptations but according to those letters, this author claimed to have been about 99% satisfied with the final picture and I have to agree. I’m so glad I decided to challenge myself to read all of the books that Disney made into movies (which is a good majority of them). If possible, I think 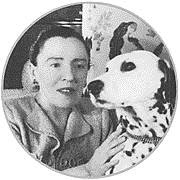 Cruella was even scarier than her animated counterpart!

The Disney Company has gotten a lot out of Dodie Smith’s story over the years with sequel upon sequel (not to mention remakes!) but somehow even though Mr. Disney had expressed a wish to work with her again, they never did. She did write her own sequel though in 1967 called The Starlight Barking. Unlike The Hundred and One Dalmatians, it has a bit more of a fantasy element to it but it has never been made into a film.