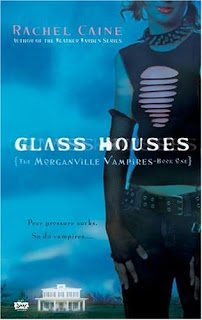 It’s a small college town filled with quirky characters. But when the sun goes down, the bad comes out. Because in Morganville, there is an evil that lurks in the darkest shadows- one that will spill out into the bright light of day.

Claire Danvers has had enough of her nightmarish dorm situation. The popular girls never let her forget just where she ranks on the school’s social scene: somewhere less than zero. And Claire really doesn’t have the right connections- to the undead who run the town.

When Claire heads off campus, the imposing old house where she finds a room may not be much better. Her new roommates don’t show many signs of life. But they’ll have Claire’s back when the town’s deepest secrets come crawling out, hungry for fresh blood…

The vampire genre has been “done to death,” especially since Joss Whedon created Buffy and 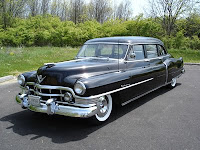 Angel but Rachel Caine decided that she would tackle the genre only if she “come up with a new attitude and a new take on vampires.” Fortunately she did, so she published the first book in the Morganville Vampire series in 2006 called Glass Houses. All of the books are set in the “planned vampire community” of Morganville where some humans are Protected while the "loners, the sideliners, the dull and average and strange"... "were the cattle." 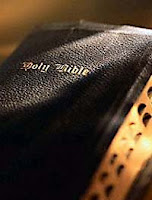 Out of all paranormal creatures, I’ve always had a fondness for vampires so I wasn’t entirely sure if I would enjoy this series or not despite the great (also lukewarm) reviews I’ve read about it. I needn’t have worried because these are really good books! Yeah, about 98% of the vampire population that runs Morganville are evil but it was Claire, Eve, Shane, and Michael that kept me in the book. Even though logically, I should have went with the more popular Stephanie Meyer vampire series (especially since I own the first two books), I decided that my first venture into YA vampire fiction would be with the well-loved (albeit not as popular) Morganville Vampires series.

What really surprised me was to find that this was the

author's first try at writing in the young adult genre. From the way it was written I would have thought she was a professional as her characters all act the way they should for their age, never are they too childish or too adult (although Michael seems to take on the mantle of the "grown-up" more than anyone else in the series as he is “the responsible one“). I was also very surprised to discover that this first book wasn’t a cliché, surprised but pleased. It didn’t take me long to realize that Rachel Caine is truly a great author who could capture my attention and my imagination within seconds.

Every book in this series is less than 300 pages long so they’re very quick reads (it took Caine about two months to write Glass Houses) but they also end in serious cliffhangers. Needless to say you’ll want to have the next couple of books on hand when you finish this one! Each one sees Claire and her new roommates being sucked farther and farther into this vampire world…

Picture Explanations
Cadillac- Eve’s car
Bible- Vampires generally don’t like religious artifacts
Liquid Nitrogen- Claire is very resourceful and she uses her head when she needs to ge somewhere she’s not supposed to be
Posted by Ladytink_534 at 8:30 PM