The War is Almost Over 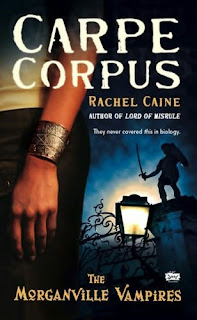 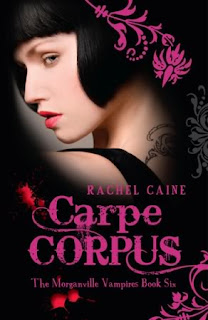 Welcome to Morganville, Texas. Don’t stay out after dark.

In the small college town of Morganville, vampires and humans lived in (relative) peace-- until all the rules got rewritten when evil vampire Bishop arrived, looking for the lost book of vampire secrets. He’s kept a death grip on the town ever since.

Now an underground resistance is brewing, and in order to contain it, Bishop must go to even greater lengths. He vows to obliterate the town and all its inhabitants-- the living and the undead. Claire Danvers and her friends are the only ones who stand in his way. But even if they defeat Bishop, will the vampires be content to go back to the old rules after having had such a taste of power?

NOTE: This is the sixth book in this series so while I really tried not to post any spoilers whatsoever one or two may have slipped through.

The first story arc of Rachel Caine’s Morganville Vampire series comes to a close in the sixth book Carpe Corpus. The title means

Seize the Body and it refers to the main plots of the book: "Bishop’s struggle to take over Morganville and the fighting that goes on around it [as well as] the relationship between Claire and Shane."

“Dark places in Morganville really were full of things that could eat you,” and it’s been that way long before Claire Danvers came to the town and accidentally stumbled upon the fact that the vampires are the ones in charge. Now however, Morganvill 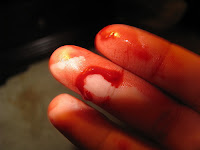 e is hell and more dangerous than ever but when things hit rock bottom they can only go up… right? Well, Ms. Caine answers that question in the course of the book with very little downtime (though what time there is its pretty good) in the mad rush to the finish.

With Bishop and his minions, a “living, steam-operated Frankenstein of a [vampire] computer, built out of wood and scraps”(Ada was created by Myrnin who I really has bigger parts in future stories), and a desperately needed cure almost within reach, it’s little wonder that I have to replace Feast of Fools (#4) as my favorite book in this series. I have heard this story compared to Buffy a few times (most stories like this usually are) but Claire reminds me of season one to two of 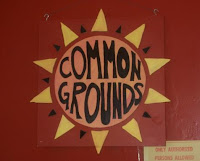 Willow more than anything but a whole lot more gutsy.

Being the wrap up story to this particular storyline means it doesn’t end on a cliffhanger and everything is resolved for the first time in this series history. The Morganville Vampires is far from over though and though Rachel Caine says she doesn’t have a “roadmap” after Fade Out (which she claims really is a true stand-alone story), since she had planned on ending the series after this book but I’m sure she still has a lot of plans left for one of my favorite series.

”Dad. Don’t try to tell me I’m too young. I know what I feel about Shane.”
“I’m not trying to do that at all,” her father said. “I’m trying to tell you that right now, being in love with any boy in this town is dangerous. Being in love with that boy is suicidal. I wouldn’t be thrilled under normal circumstances, and this isn’t even close to normal.”

First 2 Paragraphs: “Happy birthday, honey!”
In the glow of the seventeen candles on Claire’s birthday cake, her mother looked feverishly happy, wearing the kind of forced smile that was way too common around the Danvers house these days.

Interview:
YA Reads
SF Signal
The Ya Ya Yas

Source: This was bought with a gift card I got for my birthday/Christmas present

Picture Explanations
Morganville Sign: Cute isn’t it?
Common Grounds: Claire has two important scenes in Oliver’s coffee house.
Bloody Fingers: We learn the way to get in touch with your vampire Protector is to smear your blood on their bracelet. It is not a pleasant experience!
Posted by Ladytink_534 at 8:50 AM