The Grinch Needs a New Agent 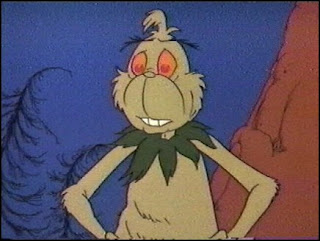 Just about everyone the whole world over has seen and loved How the Grinch Stole Christmas but today I stumbled onto something called Halloween is Grinch Night. It was such an odd cartoon, but not even on par with some of the other Dr. Suess works. I guess this special was kind of interesting but still not very enjoyable for me. 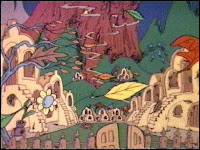 The reason I didn’t really care for this Grinchy cartoon was because it just wasn’t good. I actually feel bad saying this since I usually like Dr. Suess’ cartoons but the “hero” was annoying and almost all the Grinch’s lines didn’t even make any sense! One of his little musical sequences he does nothing but spout gibberish! Seriously, it’s not even words just sounds.

I suppose that some parts would be incredibly scary for children but to me they just resemble those hallucinogenic nightmarish cartoons. My advice? Wait until Christmas and watch the original Grinch cartoon at his grinchiness because Grinch Night isn’t worth your time. I’m not the only person who dislikes this cartoon either, Ed South and X-Entertainment agree with me!
~Ursanocturnis has kindly uploaded the entire cartoon on YouTube.
Reminder: As always, the pictures are also links to various things (interviews, information, etc.)
Posted by Ladytink_534 at 8:22 PM