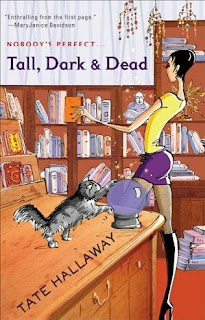 The line between magic and sanity is very thin. That's part of why I, Garnet Lacey quit cold turkey. Never touch the stuff. No exceptions.

But magic is so addictive.... and my inner Goddess, Lilith, is hard to resist. Besides, restraint isn't easy when you manage Wisconsin's premier occult bookstore, and get customers like Sebastian Von Traum-- piercing brown eyes, a sexy accent, and a killer body in black leather and denim. The only thing missing is an aura. Which means he's dead...

That means trouble. I guess I'm a sucker for it. The Vatican witch hunters are on to us. My long-lost vampire ex has crawled out of the woodwork looking for action. And Sebastian's frustrated ex is stirring in her grave.

What's a girl to do if she's hot for a dead man walking? Run like hell-- and take full advantage of the nights...

An award-winning author of science-fiction/ fantasy novels, Lyda Morehouse changed her name and her genre in 2006 with the release of Tall, Dark and Dead by Tate Hallaway. It’s a paranormal romance adventure that is the first book in her on-going Garnet Lacey series. In an

interview, the author claimed that her favorite thing “about writing paranormal romances/urban fantasy is that you get to have all the relationship/girly stuff married to the high-octane adventure/boy stuff. That’s pretty near perfect for me,” and her readers seem to agree.

The paranormal anthology Many Bloody Returns edited by Charlaine Harris and Toni LP Kelner, contained stories by some of my favorite authors but this is where I first became acquainted with Tate Hallway’s story Fire and Ice and Linguini for Two. Ms. Hallaway’s witchy heroine Garnet Lacey and her vampire boyfriend Sebastian were such amazingly interesting and different characters that I was immediately intrigued by the author’s “voice”. Even if the story was only 25 pages long and takes part mainly in a 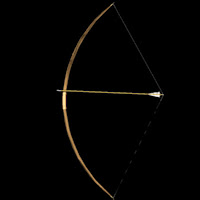 car during a blizzard, so I knew it was something I just had to read.

There were a few times when I was on slightly unfamiliar ground but the author does make sure I was never lost. I wasn’t very surprised to learn that she is a practitioner herself (by the way, real magic isn’t like it is in Hollywood but this author does let a little bit of Hollywood glamour into her story so real practioners will be amused) but I never got the sense that she was preaching even if the bad guys in the story are part of the Vatican.

Tall, Dark and Dead had a laugh-out-loud-ness to it that I usually attribute to MaryJanice Davidson but with a bit of solidness behind it, like Charlaine Harris herself. I’m already completely hooked on this series too. I found myself re-reading passages aloud many times and laughing. Actually, I spent almost the entire story with a grin on my face- it was just so entertaining! Having a bit of knowledge about a lot of the magical things (Ms. Hallaway leaves several gems of truth in the book) that are talked about and happen in the story do seem to help with how much I enjoyed it.

Picture Explanations
Mandrake: The plant that brought Sebastian into Garnet’s life.
Bow and Arrow: An arrow through the heart will keep a vampire transfixed but won’t kill him
Altar: Garnet is a practictioner.
Posted by Ladytink_534 at 2:30 PM