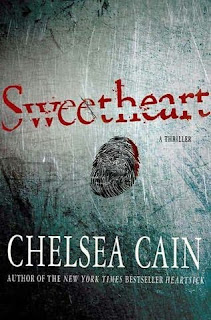 When the body of a young woman is discovered in Portland’s Forest Park, Archie is reminded of the last time they found a body there, more than a decade ago: it turned out to be the Beauty Killer’s first victim, and Archie’s first case. This body can't be one of Gretchen's—she’s in prison—but after help from reporter Susan Ward uncovers the dead woman's identity, it turns into another big case. Trouble is, Archie can't focus on the new investigation because the Beauty Killer case has exploded: Gretchen Lowell has escaped from prison.

Archie hadn't seen her in two months; he'd moved back in with his family and sworn off visiting her. Though it should feel like progress, he actually feels worse. The news of her escape spreads like wildfire, but secretly, he's relieved. He knows he's the only one who can catch her, and in fact, he has a plan to get out from under her thumb once and for all.

Chelsea Cain has topped her own bestselling debut thriller with this unpredictable, edge-of-your-seat story.

"With Heartsick, Chelsea Cain took the crime world by storm, introducing two of the most c 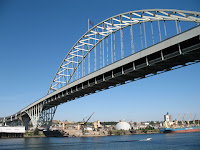 ompelling characters in decades: serial killer Gretchen Lowell and her obsessed pursuer Portland Detective Archie Sheridan. The book spent four weeks on the New York Times bestseller list and garnered rave reviews around the world. But the riveting story of Archie and Gretchen was left unfinished, and now Chelsea Cain picks up the tale again" with Sweetheart. 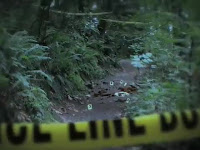 r is that you root for him because he's enigmatic, charismatic" and you do the same for her. Now she isn’t a cannibal, she’s a bit too refined for something like that but she’s very twisted.

All the characters in the book are even better than the last, especially Susan as she seems to have grown up quite a bit. Archie however isn’t getting any better and when asked if she finds it hard to torture a character that she obviously loves, Cain responded no, “I guess I don’t find it hard because I know he’s going to be okay. I’m in control. And I also think that it is in those moments that we see the core of who Archie really is. That’s when we’re closest to him. So, as a fan of the character, I like to have the opportunity to peel the onion, or, you know, the top layer of flesh. Whatever.”

Isn’t this author neat? I truly enjoy this series and I wish that the author wasn’t quite so new to the thriller genre (Heartsick was her first one). I have to wait until September of this year for the third story about Gretchen and Archie called Evil at Heart! Some people didn’t enjoy this story quite as much as the previous one but I’m definitely not one of them and I can’t wait to see what this author has in store for the characters next.

Picture Explanations
Freemont Bridge: Susan's friend who is also a reporter went off the bridge with the senator that Susan had been "investigating."
Bodies in the Woods: Archie finds several bodies in Forest Park all in various states. Some only bones.
Forest Fire: "There's a fire up there," Derek said. "They're evacuating people. You think she's psycho enough to hide in the path of it?"
Posted by Ladytink_534 at 6:13 AM