Talk About Lost in Translation... 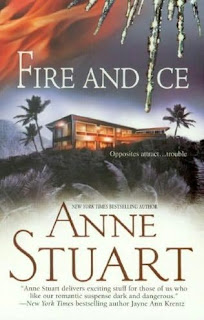 In the wake of a failed love affair, brainy beauty Jilly Lovitz takes off for Tokyo. She's expecting to cry on her sister Summer's shoulder, then spend a couple months blowing off steam in Japan. Instead, she's snatched away on the back of a motorcycle, narrowly avoiding a grisly execution attempt meant for her sister and brother-in-law.

Her rescuer is Reno, the Committee's most unpredictable agent. They'd met once before and teh attraction was odd-- tattooed Yakuza punk meets leggy California egghead-- but electric. Now Reno and Jilly are pawns in a deadly tangle of assassination attempts, kidnappings and prisoner swaps that could put their steamy partnership on ice.

There is a group of assassins who are as cold as ice until one by one, each has found their soul

mate, fell in love, and retired. Reno (real name Hiromasa) first came into the series during his cousin Takashi O’Brien’s story in Ice Blue but he was immediately a favorite of the author’s as she had him model himself after a character in a game. Now in the fifth and (currently) the final story by Anne Stuart, this newest and most flamboyant member of the Committee ("that covert organization of ruthless do-gooders"), known as Reno, will finally find his match in Fire and Ice.

All of the heroes-- Bastien, Peter, Takashi, Serafin-- of the Ice series are deadly but they're also cynical, jaded knights in shining armor(sorta) too... all except Reno that is. He’s my favorite 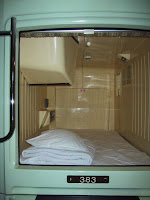 character over all, mainly because he is the epitome of bad boy-ness or a more accurate description: the "punk black sheep" of the family. He is very reminiscent of Axel from Disney’s Kingdom of Hearts video game (though he did base his look on a Final Fantasy character who in turn was the model for Axel), in looks and attitude, Ms. Stuart has been quoted as saying that he was her favorite character of the series as well.

Unlike the other books in this series, Fire and Ice and I didn't really get along at first even if it does feature one of my all-time favorite characters. The main reason why is I was completely disgusted with Jilly. Knowing who her sister had married and the kind of danger their world is a part of (for crissakes, Jilly was kidnapped in one of the books) she still acts like a total fool for a good bit of the story so to say that I was annoyed with her would be putting it 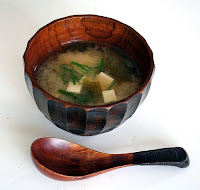 gently. Honestly, I didn't expect her to just let Reno takeover but I was at least hoping that she would be anything other than whiny and petulant. Thankfully, by the end I was singing a different tune! She was still a little whiny but I liked her a whole lot more.

The Japanese culture is one I know very little about but through this story and the third book Ice Blue (which features Summer who is Jillly's sister and as previously stated, Takashi O'Brien who is Reno's cousin), so the brief immersion into a culture I'm not familiar with was interesting and refreshing too. Therefore, while I did have problems with some things at first, by the end not only was I thoroughly pleased with this great story, but also I was also very sad to see these characters go. Yakuza hitmen, sexual tension and a delicious bad boy to boot. Fire and Ice was awesome!

Picture Explanations
Almond Soap: Reno's soap of choice that ends up adding fuel to the sexual tension fire for both characters when the other one uses it.
Capsule Hotel: Jilly and Reno stay in one of these (together I might add) while on the run.
Miso Soup: "I brought you oyakudon and miso soup. The Japanese version of macaroni and cheese and chicken soup."
Posted by Ladytink_534 at 2:12 AM