A Cozy, Not Too Crafty Mystery 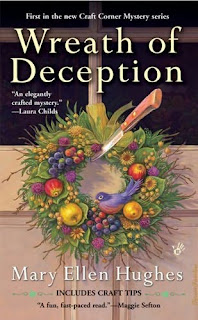 Recently widowed, Jo McAllister is setting up shop in Abbotsville, Maryland. She hopes Jo's Craft Corner will take her mind off her troubles. But no town is too small for secrets, scandal-- even murder.

It's opening day at Jo's Craft Corner, and Jo is more tightly wired than the wreath on her store's front door. The entertainer she's hired, Cuddles the Clown, won't stop complaining, and Jo's about ready to strangle the grumbler in grease paint. But then, to her horror, she finds someone else has silenced him-- for good. With a dead clown in her storeroom, Jo is the prime suspect. So she sets out to clear her name, only to find that a crafty killer wants to stamp her out of existence...

Includes directions for a craft project and a recipe! 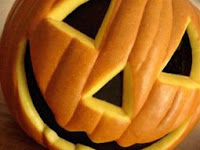 to write fiction by publishing articles in newspapers and in 2000, her first mystery novel A Resort to Murder was published. She then wrote a sequel and also a short story before she turned her attention to writing a mystery series centered around a craft store publishing the first one in 2006: A Wreath of Deception.

I loved the characters in the story and for that, reason alone I might continue the series but I felt like the heroine was really, really slow about figuring things out. I already had the murderer

pegged and even had a suspicion of the why that person killed “Cuddles” light-years before Jo did. I'm not sure if the author did this to draw out the book more or what but it made me feel like she was insulting my intelligence. There also aren't any red herrings and no surprises so it got to be kind of boring and irritating after a while. However, the ending was great but it still didn’t redeem the story for me. I know there are other cozy mysteries that involve craft stores like Laura Child’s scrapbookin 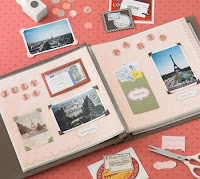 g series (I’ve only read the first one though so I’d rather get around to finishing those before I try any more of these).

After I had finished this, I honestly thought that it was Ms. Hughes’ debut book and while this is her very first series, it is not her first mystery (it just reads like one). Needless to say, I was very disappointed but the series shows a lot of promise so hopefully it will get better because I enjoyed the camaraderie. Ina Mae, Carrie, Loralee, Charlie, and even the craft store itself were such interesting people and places. I'd also like to know more about Detective Morgan although I was ready to slap him more than a few times during the book! So it had some good parts and some okay parts but I just wasn’t left with the urge to run right out and get the next one any time soon.

The first person I considered as the murderer was Deirdre Patterson because someone who takes great pains with the way they look usually doesn’t want to do crafty things that as Carrie said could ruin their manicure. I mean, she’d already glued her fingers together! Of course, I was just speculating since I had no reason other than this to suspect her. Again, she seemed like she was scoping Jo's home out to hide something in when she asked for a tour. That's just me but it seemed fairly obvious!


Picture Explanations
Pumpkin: Takes place during Halloween
Sculpture: Jo's husband was an artist who used acetylene torches to make sculptures like this one by Joe Clark. He died during an explosion because of one of the torches- leaving Jo a widow.
Scrapbooking: Jo hosts many crafting classes including a scrapbooking one
Posted by Ladytink_534 at 9:35 AM