Santa Wants a Holiday Off 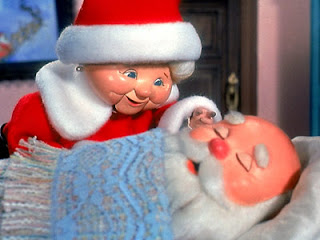 From the magic making Rankin/Bass studios comes a unique and beloved Yuletide favorite boasting delightful stop-motion animation, catchy songs and it's a family-pleasing story too. In The Year Without A Santa Claus, weary St. Nick (voiced by Mickey Rooney) foregoes his gift-giving journey, leaving Mrs. Claus (Shirley Booth) and two spunky elves to reawaken the Christmas spirit in Santa and the world's children. 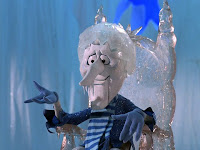 Without a Santa Claus in 1956. Nearly 20 years later, Rankin/ Bass made it into one of their most popular stop-motion Christmas specials. It's the only one that was re-made into a live-action film (even if it was pretty awful) and recently into an animated film too.

What I love about this particular Christmas special and why it’s really high on my favorites list is mainly due to the Miser Brother: Heat (George S. Irving) and Snow (Dick Shawn). Also I really like 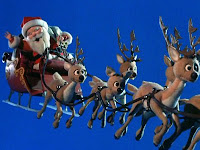 Mickey Rooney who reprises his role as Santa Claus from the other Rankin/ Bass special Santa Claus is Coming to Town- making this one kind of a sequel to that. Truly, those two are the highlight of the special but the rest is pretty good as well.

Rankin/Bass as always has some amazing songs in the film too. Matter of fact, this is my favorite holiday soundtrack! The Mise 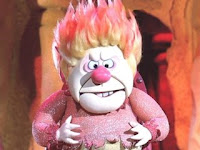 r Brother songs are the best of course ("I'm Mr. White Christmas, I'm Mr. Snow...") but there are tons of others including one sung by Mrs. Claus that is often overlooked since its so early in the film (she's voiced by Shirley Booth and this was her last film role before she died). Outside of the Miser Brothers though, Mickey Rooney has the very best song: I Believe in Santa Claus- and this little special really makes you want to!